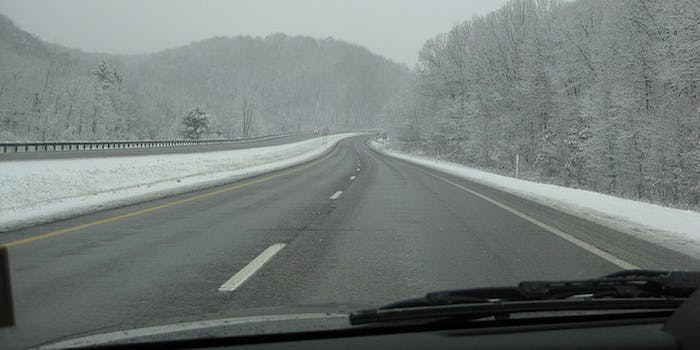 Bad driving will kill you all by itself, but making a high-speed mistake in a blizzard no doubt enhances the odds of death. So it’s nice that South Dakota’s Department of Public Safety thought to educate motorists about best winter practices—and we’re exceedingly glad they did it like this.

There’s an undeniable wisdom to not swerving when you realize your wheels are sliding on snow or ice, as well as a certain catchiness to the phrase “Don’t Jerk And Drive.” And yet.

This #DontJerkAndDrive campaign is a gem. Thank you, #SouthDakota. pic.twitter.com/NlGT5Hb51P

Sadly, after numerous complaints about masturbatory overtones from all eight of South Dakota’s residents, DPS pulled the plug on the campaign. “This is an important safety message, and I don’t want this innuendo to distract from our goal to save lives on the road,” said DPS secretary Trevor Jones, according to Fox. Let the jerking re-commence!

Truly, #DontJerkAndDrive was too beautiful for this world. But we got our laughs in, thank god. Let it never be said that Americans squandered an opportunity to think about dicks (or delicious spicy chicken).