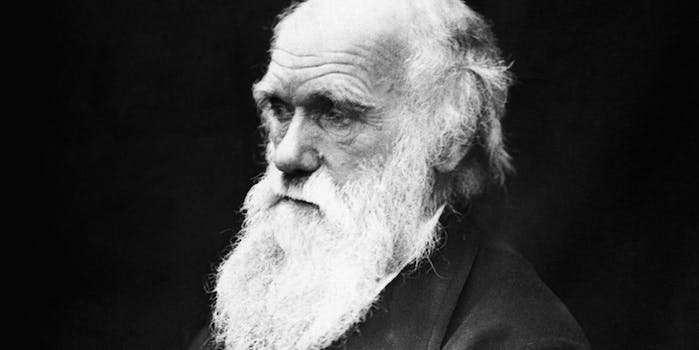 America has a long history of discriminating against atheists, too.

The Chapel Hill shootings are a wake-up call for American atheists.

Although there is still uncertainty about Craig Stephen Hicks’ motives for murdering three Muslim students at the University of North Carolina, much attention has been drawn to his outspoken atheism. “The man’s bigotry clearly had a role in this, and the source of that bigotry was ‘anti-theism,’ as he himself put it on Facebook,” wrote one commenter on Reddit’s r/atheism subreddit. “It wasn’t just anti-Islamic hate, but anti-religious hatred in this man’s heart.”

Another post on the same site insisted that atheists couldn’t disavow Hicks because “if we did, we’d also be giving a pass to abortion clinic bombers and terrorist suicide bombers.” The commenter continued, “Now we actually have to make the case for atheism, independent of what crazy people on all sides do. In the long run, that’s not a bad thing.”

A tweet from Yale Humanists director Chris Stedman summed up this line of reasoning rather succinctly: “Still sick over the #ChapelHillShooting. Whatever the killer’s motive, we atheists need to address anti-Muslim prejudice in our community.”

While it is valid to call for atheists to be mindful of their own possible prejudices against minority groups (religious and otherwise), the Chapel Hill shootings shouldn’t have anything to do with it. Just as it is bigoted to expect Muslims to denounce acts of terrorism, it is similarly irrational and socially irresponsible to assume atheists should be required to speak out against Hicks’ actions, regardless of whether his atheism actually motivated him.

After all, America has a long history of discriminating against atheists.

As recently as last year, a Pew Research Poll found that Americans have very cold feelings toward atheists, ranking them below every other religious group except Muslims. Another survey question found that half of all respondents reported that they wouldn’t want an atheist in-law, while an earlier poll revealed that Americans would be far more likely to support a philandering presidential candidate over one who is openly atheistic.

Finally, although studies have found that atheists are just as likely to be compassionate and moral in their conduct than religious individuals, Americans are still inclined to view atheists as less moral than men and women of faith.

This isn’t because atheists have never had one of their own in the White House. Thomas Jefferson was openly skeptical of all organized religions, even creating his own version of the New Testament that separated Jesus Christ’s moral philosophy from its theological elements.

During his first campaign for the House of Representatives, future president Abraham Lincoln was pressured into denying his own “infidelity” (lack of membership in a formal church and rumored holding of atheistic views) by issuing a public statement that he would not “support a man for office, whom I knew to be an open enemy of, and scoffer at, religion.” This was on the grounds that “I still do not think any man has the right thus to insult the feelings, and injure the morals, or the community in which he may live.”

In a similar vein, Ulysses S. Grant—though never confirmed to be an atheist—fought off rumors to that effect even on his death bed, finally telling those who demanded he state his religious views before he die that, according to the Center for Inquiry, “he saw no use of devoting any special thought to theology at so late a day, and that he was prepared to take his chances with the millions of people who went before him.”

In short, even if America’s government hadn’t been founded on the premise from Samuel Adams’s “The Rights of the Colonists” that “mutual toleration in the different professions [in regard to religion] is what all good and candid minds in all ages have ever practiced,” some of the nation’s greatest leaders either openly criticized organized religion (like Jefferson) or allowed their skepticism to become an open secret (like Grant).

Unfortunately, this hasn’t prevented atheists from suffering intolerance. Americans were still being tried for blasphemy half a century after the ratification of the Constitution, with the last conviction for that crime occurring in the famous case of Abner Kneeland in the 1830s.

Another high-profile court case involving atheism, the Scopes Monkey Trial, still reverberates in our culture today, with atheists identifying with the Tennessee school-teacher fired for teaching evolution just as many religious conservatives continue to support creationism. To this day, seven states have laws on the books ostensibly barring atheists from holding public office.

The statutes prohibiting atheists from elected positions are all the more disturbing by the fact that they exist solely to send a message to non-believers (since they’re clearly unenforceable). This, in turn, speaks to one of the deeper issues at play in the aftermath of the Chapel Hill shootings—the idea that atheists still have explaining to do.

As with any other belief system—whether religious or philosophical—atheism isn’t inherently good or evil. Its adherents are nothing more or less than the aggregate of men and women who arrived at the conclusion that God doesn’t exist. Some of them, inevitably, will use their opinions to justify believing themselves superior to those who subscribe to a religious point of view, just as many Christians, Muslims, Jews, Hindus, Buddhists, and other theists use their faiths to do the same thing.

Similarly, just as religious intolerance of those with different faiths or no faith can lead to violence, so too can atheist intolerance toward the religious result in violence (a reality brought home to the world in the 20th century as practicing Christians experienced widespread persecution in Communist countries).

The Chapel Hill shootings are indeed a wake-up call for American atheists, but not because Hicks’ savage actions behoove them to reevaluate their opinions or perform some kind of public soul-searching. Because the Chapel Hill shootings are a tragic reminder that intolerance is the enemy of human progress, atheists need to be mindful of the dangerous implications of the backlash against their community prompted by those attacks.

After a long history of discriminatory attitudes toward atheists—one that persists to this day—American non-believers have no choice but to remind their countrymen of George Washington’s immortal declaration: “For happily the Government of the United States, which gives to bigotry no sanction, to persecution no assistance requires only that they who live under its protection should demean themselves as good citizens.”

Photo via comingstobrazil/Flickr (CC BY 2.0)