Famed business mogul and Oompa Loompa look-alike Donald Trump is the laughing stock of Twitter once again. On Monday morning, he was tricked into retweeting a photo of the infamous British serial killers Fred and Rosemary West, known for torturing, raping, and murdering numerous young girls.

It began with a tweet from self-described “failed comedian” Philip Bradbury to Trump, asking a seemingly innocuous favor.

Hi @realDonaldTrump. My parents who passed away always said you were big inspiration.Can you pls RT for their memory? pic.twitter.com/veBxFNXnOd

Trump, always happy to have his ego stroked by his 3 million–strong Twitter fanbase, eagerly complied. 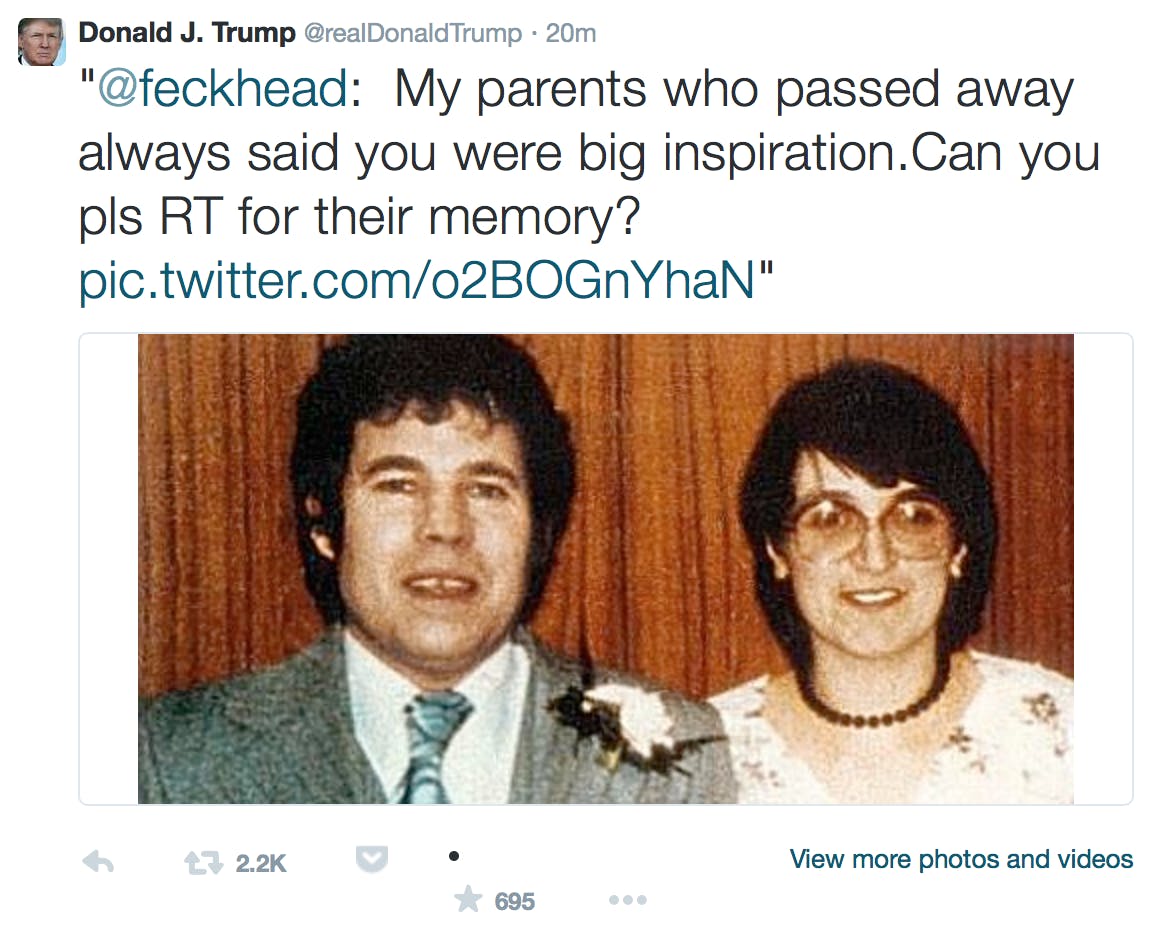 Unbeknown to Trump, the pair in Bradbury’s tweet are not his parents by any stretch of the imagination. Instead, the Wests were responsible for the abuse of at least 10 young women throughout the late 20th century, before they were finally caught in 1994. Fred committed suicide while awaiting trial; Rosemary was convicted and sentenced to a whole life sentence, which she is currently serving in HMP Low Newton, England.

Dear @realDonaldTrump can I get an RT for my uncle Charlie? He’s a big fan! pic.twitter.com/ZIcBZbMUbh

Hi @realDonaldTrump, My brother loves your work. Can he get an RT? pic.twitter.com/QAJ0paoP7f

Please retweet for my brother who has a disfiguring skin condition @realDonaldTrump pic.twitter.com/gBQPLARgqh

Hi @realDonaldTrump, my great uncle Genghis recently died making love to a toaster. Please can you RT his photo pic.twitter.com/dihwCfNeq4

Update 11am ET, Sept. 29: Nursing his injured pride, Donald Trump has taken to Twitter to rail against the “jerk” who “fraudulently” misled him. Trump says: “Maybe I’ll sue.” Good luck with that! 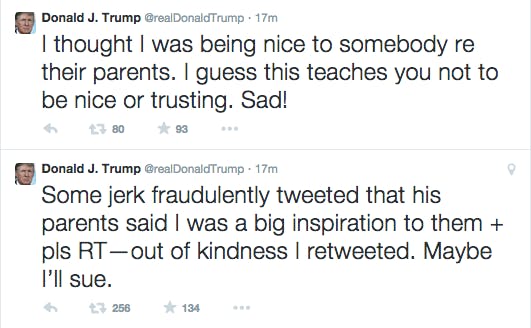