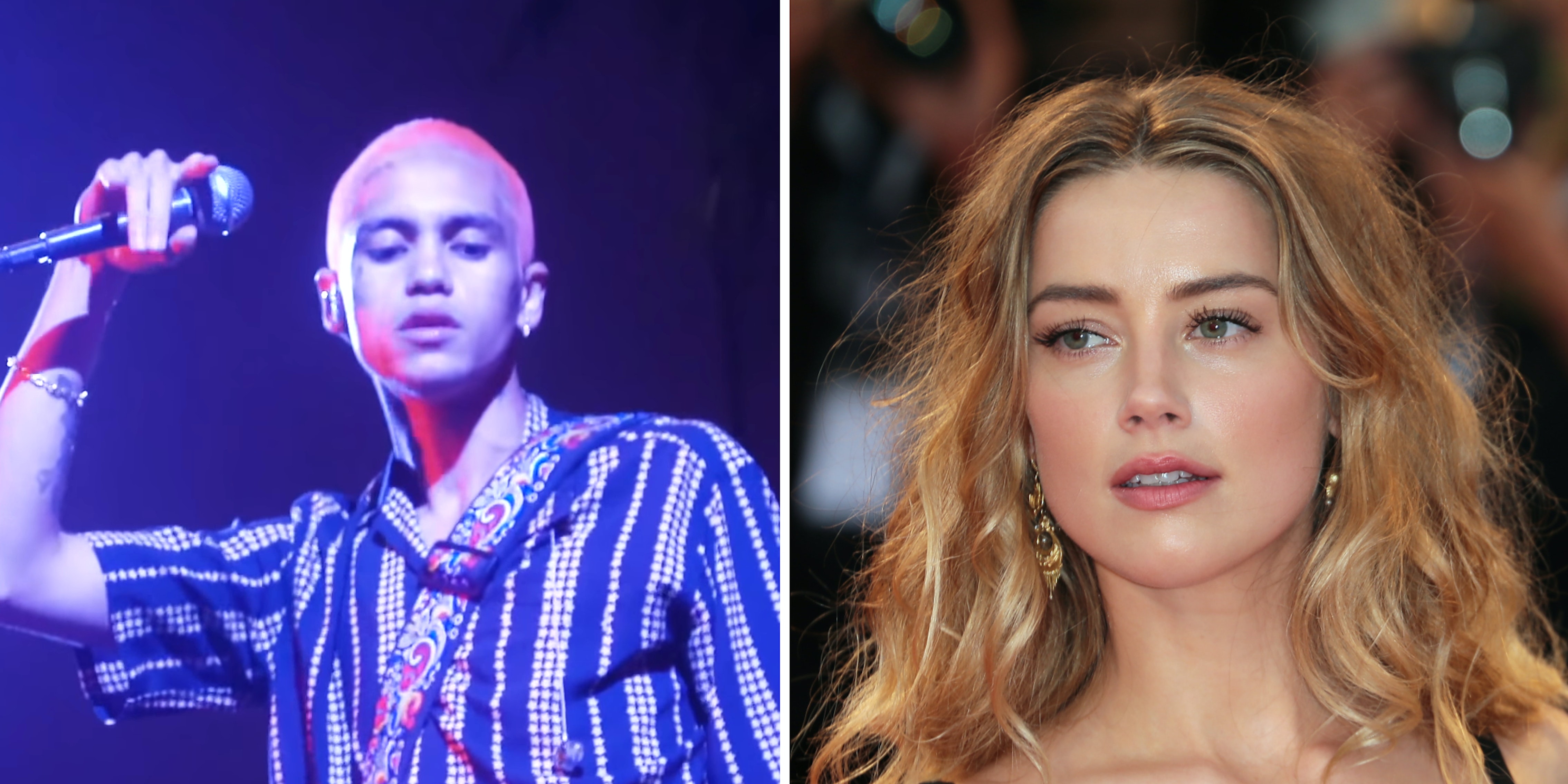 Multiple concertgoers posted about the comments after the fact.

The cultural impact of the Johnny Depp-Amber Heard defamation trial that’s dominated headlines over the past six weeks has expanded far beyond the courtroom, but over the weekend, it also become something of a throwaway nod at a concert that offended some of the concertgoers.

Dominic Fike, who stars on Euphoria as Elliot but is also a musician in his own right, performed at Dillo Day on Saturday night, Northwestern University’s annual student-run music festival that started in the ’70s. During his set, according to the Daily Northwestern—Northwestern’s student newspaper—Fike allegedly told the crowd that he found Heard to be attractive and that he wanted her to hit him. (Heard admitted that she hit Depp during arguments but argued that it was in self-defense.)

Update, May 31, 9am CT: A video of Fike making the comments about Heard was posted to TikTok.

Per the Daily Northwestern, the comments were met with boos.

A video of Fike’s comments has yet to be posted online, but several attendees tweeted about witnessing the incident, some of which showed disgust at the comments.

On TikTok, other concertgoers documented the incident. TikToker @itgirlash, who shared an unrelated video of Fike walking toward the stage at the concert, broke down what happened during the two times she said Fike ranted about Heard. When he mentioned wanting Heard to beat him up, @itgirlash added that Fike seemed to want to test the crowd.

“The second time [Fike ranted about Heard], he’s like, ‘Amber Heard is so hot, I would let her beat me up’ and all this stuff and the whole crowd was like, ‘oooooh,’” she said. “‘Cause we’re like, first off, it had nothing to do with his performance so I’m like, why even say this. And then he was like, I just wanna see how much I can say and get away with, and I was just like, wow.”

@itgirlash’s video has been viewed more than 1.6 million times. Some commenters suggested that @itgirlash was making it up while others made jokes and references to Euphoria, Ezra Miller, and a song that Fike performs about wanting to get canceled.

“It literally did but go off anybody else there can confirm,” she said in response to someone accusing her of making up Fike’s comments. “I have no reason to lie on him.”

In a follow-up video, @itgirlash said that Fike suggested to the crowd that people punch the person next to them but quickly walked it back because he didn’t want to get in trouble for inciting a riot.

Leah Goetz, who filmed footage of Fike’s concert, also said that Fike made those comments and that they weren’t well-received.

“bro omfg we don’t but he said that he would let amber heard beat him up and we were like hey…. shhhhh,” she replied to someone asking her about Heard.

We reached out to a representative for Fike for comment.