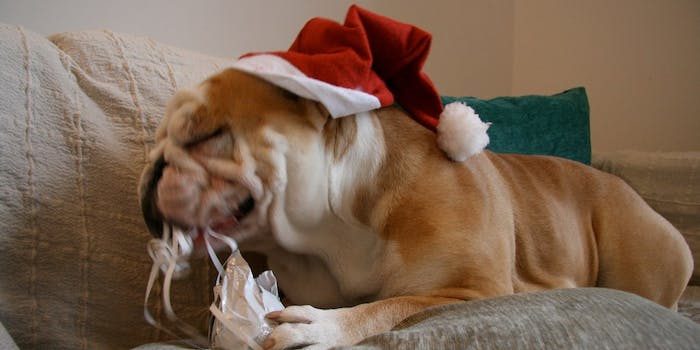 Nothing is more delightful than watching dogs tear into Christmas presents

It's not the thought, but the wrapping that counts.

The only thing better that could be better than watching children run down the stairs Christmas morning and unwrapping a box containing a cuddly puppy? Watching some holiday pups tear into a few presents of their own. Thumbs be damned! These canines are using their paws, their teeth, and their sheer Christmas cheer to unwrap their surprises from Santa. Unlike your weird aunt, these guys don’t give a damn about saving the wrapping paper or ribbon.

Screw The Gift of the Magi. This season, let’s take our cue from these adorable dogs and the excitement they have for unwrapping even the smallest of gifts.