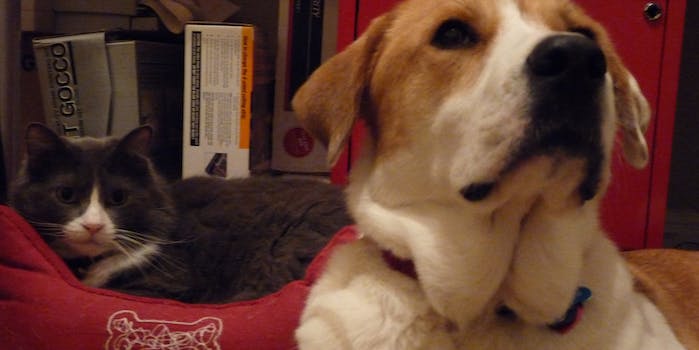 Cats like to sleep, and they’ll do it anywhere they damn please. Dogs are versatile dozers too, though they often prefer the comfort of their favorite pillow. When these instincts collide, you get YouTube magic: dogs trying to evict cats from cozy napping spots.

Some bark, some paw, some tug, and some lie down resignedly on the floor. Others look to their owners for an intervention that’s just not in the cards. Saddest of all are the pups who retreat to a second, feline-sized bed nearby. But in the end, there’s usually a compromise.

We should be quite wary, however, of the two species getting too friendly. Next thing you know, they’ll be plotting to annex the human bed—which won’t be nearly as funny.