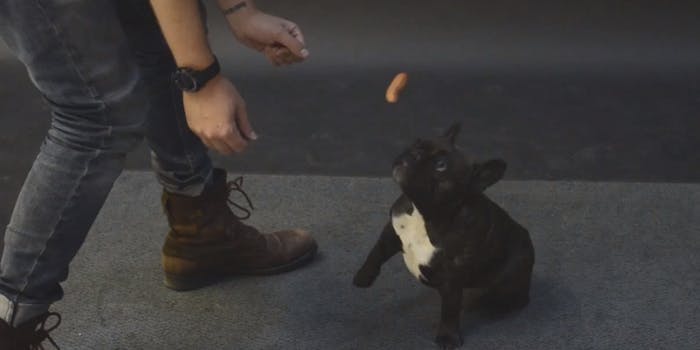 Watch these dogs react to a levitating wiener magic trick

It looks like dogs care more about eating a wiener than wondering how it levitates.

Earlier this year, magician Jose Ahonen decided to see how dogs react to magic, and adorable hilariousness ensued. For his next trick, Ahonen magically levitated a wiener in front of several unsuspecting dogs.

Naturally, they are less bewildered about how the wiener appears to be floating unaided, and more concerned as to why said wiener is not in their stomach.

In the video from March, Ahonen vanished treats right in front of dogs’ eyes. They definitely know there’s some funny business going on, and that the treat is still somewhere in the vicinity.

In both cases, the dogs were allowed to eat their treats and wieners after the magic was over.