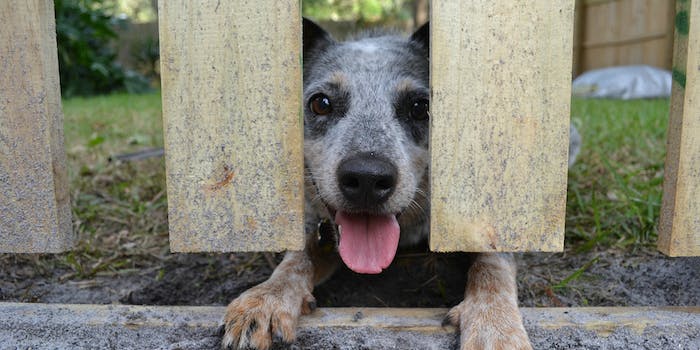 It somehow resonates with us.

We know dogs can be pretty human-like, when it comes to playing video games, taking selfies, even working minimum-wage jobs.

But these two dogs are reminiscent of every shouting match we’ve ever had. They’re in the middle of an intense argument next to an open fence. There’s no indicator of how it started, how long they’ve been at it, or whether they even realize there’s a perfectly good opening to the other side.

It could just be dogs getting territorial, but it resonates a lot. It’s every argument ever on the Internet—just a bunch of shouting and capslock. It’s the altercations that happen at sporting events between rival fans. It’s an episode of Judge Judy. It’s any political argument, or seemingly every discussion in Congress these days.

And it never goes anywhere.

If this is what their barks are like, I can’t even imagine the bites.