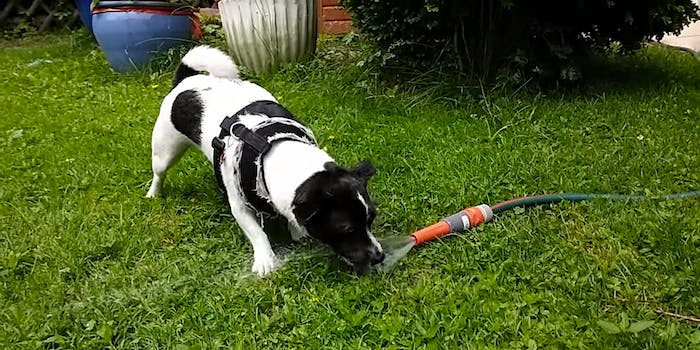 Chili the dog can’t get enough of this garden hose

He's having the time of his life.

If there’s an overly complicated way to do something, trust your dog to find it—and love it.

Chili the puppy could just drink some water out of a bowl like a normal dog. But this inquisitive canine has discovered the garden hose, and he’s very excited about it. A source of water that’s also outside with other fun things? Chili’s mind is blown.

Unlike other dogs we’ve seen enjoying hoses, Chili isn’t trying to stop anything from happening; he’s just having the time of his life. We don’t want to see what happens when his owner turns off the hose—no massive pile of toys could possibly make up for that.