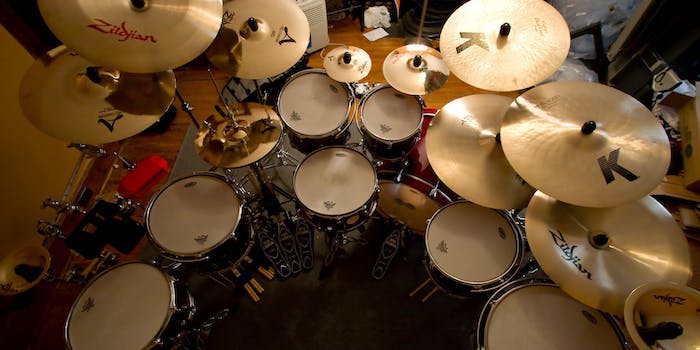 Desperate dog puts a stop to his owner’s drum practice

You know you might be bad when even your dog can't tolerate it.

Everyone’s a critic, but no one more so than your dog.

While drumsets are the stuff of nightmares for many parents everywhere, it might just be near torture for Max, a Boston terrier who’s forced to suffer the drum skills of his owner, Ross Whitby. Given this pup’s hearty wail, it seems he’s suffered through a good many practice sessions already.

But since cries to stop didn’t work, he took justice into his own paws—or, rather, jaw.

Even if it’s just a temporary relief, it’s a mighty victory for Max, who may get one day of peace.