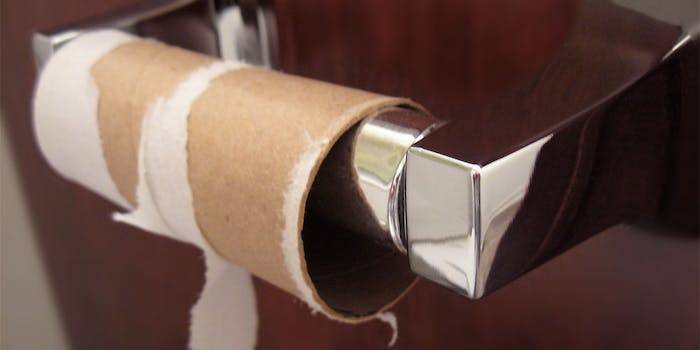 It shouldn’t take a detective or a team of forensic experts to determine which dog in the video below is guilty of making a mess with the toilet paper.

You can tell from the first three seconds of the clip that the French bulldog committed the crime—mostly because of the fact that he’s draped in toilet paper from the bottom of his paws to the tops of his ears (and because, let’s face it, his poker face is failing him).

But the dog’s owner is nothing if not fair, so she conducts an investigation, looking for clues and interrogating witnesses. Unfortunately for the dog covered in toilet paper, a canine bystander has no problem pointing out the guilty party.

But who could blame the dog that points out his buddy? After all, snitches don’t get stitches in the canine world. Instead, snitches get snausages.