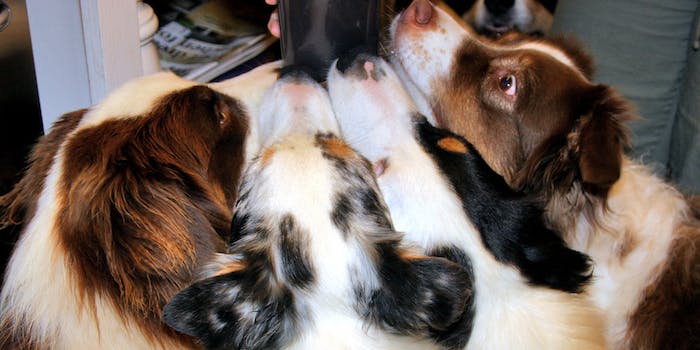 Science explains what dogs ‘see’ when they’re sniffing around

Anyone who has ever been around dogs for more than a nanosecond knows that they are veteran sniffers. They stick their wet snouts in everything, from patches of grass to, of course, your personal region. We have, of course, dismissed this as just another trait of the species, like begging for table scraps or chasing cars.

Not content with the mystery, however, Alexandra Horowitz decided to research exactly why dogs spend the better part of their lives (and certainly the lion’s share of their brainpower) smelling everything. Her conclusion: a dog’s sense of smell is actually helping him or her see things.

Horowitz presented her findings in a short TED Talk video, explaining that a dog’s nose is so well developed that it can provide the animal with information like the precise location of a smell. For more fun facts, about what the dog’s nose knows, check out her TED Talk.