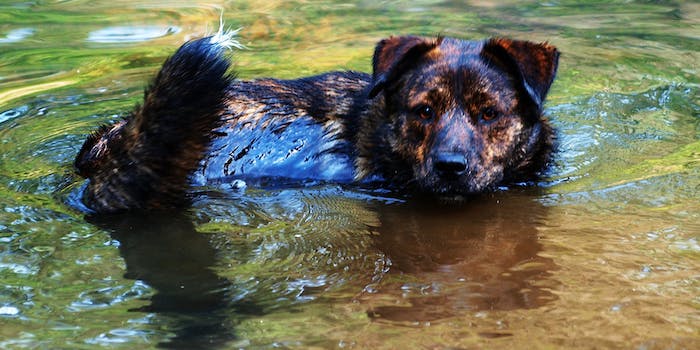 Confused dog thinks owner has drowned, rushes into pond to save him

He'll save you even when you don't need saving.

A dog is man’s best friend—and apparently his personal lifeguard, too.

In what was either a well-executed trick or a healthy bit of due diligence, this ever-watchful dog goes into rescue mode when it can no longer see its owner. It might be shallow water for the human, but it’s edging into the deep end for the dog, and you can never be too careful. The dog’s owner lived to feed it another day, as a repost of the original video is making its way across the Internet.

The dog should be proud, but the owner should be in time-out until he learns not to drown himself by submerging his head under water.