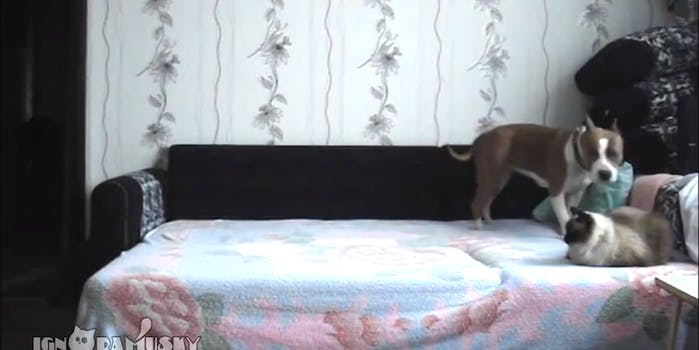 Chances are it's not just taking a nap all afternoon.

What does your dog do when you’re not looking? You have every right to be suspicious.

She could always just sit under a ray of sunshine and sleep all afternoon. But if you own this dog, he’s ignoring every single thing you taught him not to do.

This dog in particular is not allowed on the bed. Its owner decided to install a secret camera in the room to see what the dog does when it’s alone. That rule about the bed? Completely ignored. Total defiance.

With this level of enthusiasm, you’d think the dog knew the camera was on and did it anyway for spite. But as it turns out, not everyone is working against the owner.