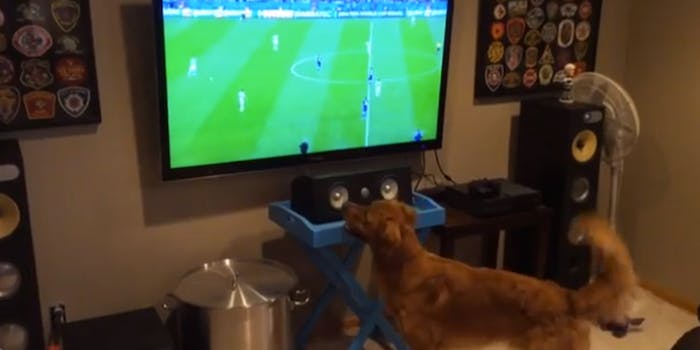 Pass him the ball already.

You’ve met Purin, the World Cup-loving beagle who plays soccer, but we’re not all so athletically inclined. Some of us just like to watch.

Georges is one of those dogs. According to his owner, he loves watching sports and is especially fond of the World Cup. He “will watch the games for hours,” and as you can see in this clip, he really wants the players to pass him the ball already.

Make sure you watch to the end. so you can see the other dog who is totally over the World Cup.