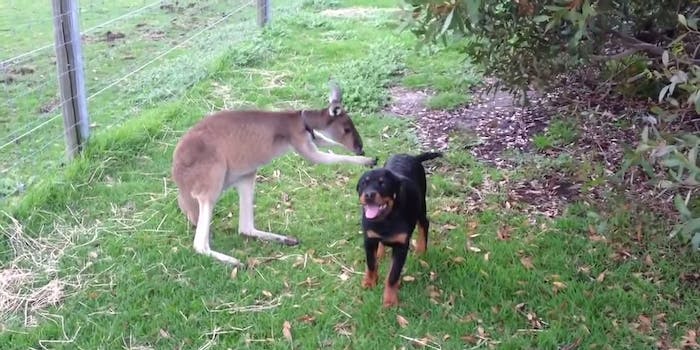 This kangaroo and Rottweiler are best friends

Blue the kangaroo and Trooper the Rottweiler have everything. They hop and chase one another. There’s a lot of sniffing, and even some minor nibbling. Blue can even pet Trooper’s head. They’ve already established a connection and already have a playful rapport.

If the kangaroo can also grab the dog food and feed him we’ll truly know we’re no longer needed—dog will have a new best friend.