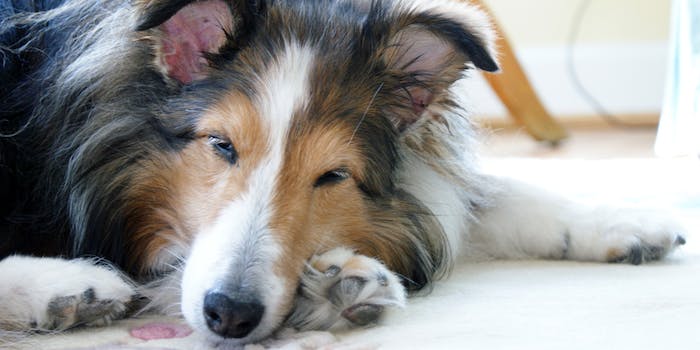 Redditor thedeuce75 thought his pooch was simply chasing some squirrels in the woods, but it turns out the dog came across quite the surprise. While watching back the GoPro footage later, it was revealed that his pup wasn’t hanging with just some woodland creatures.

The redditor explained why he was so surprised by the random dude that his dog came across:

I was creeped out that he was there in a secluded spot in the woods and I didn’t see him. I should also mentioned that this was taken in a section of the park that is exclusively used for walking dogs. I’ve been going there 2 or 3 times a week for that past 2 years and I’ve never seen someone out there with out a dog, let alone somebody just chilling off the side of the path. Not that he was breaking any rules or anything, just wasn’t expecting it.

What else are our dogs doing that we don’t know about?

SEE ALSO: This art exhibit is for dogs only