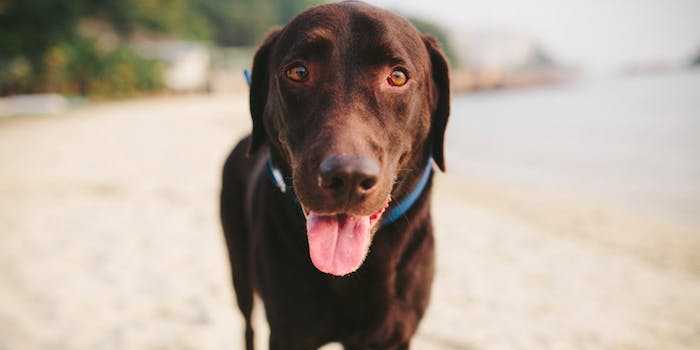 This isn't the kind of 'toy' we had in mind.

Dogs will find the weirdest stuff while out for walks. But this chocolate Labrador definitely wins the medal for the most hilarious discovery.

And the dildo’s journey didn’t even end there. According to Daily Mail, Ami’s husband Ste used the rubbery phallus as a trophy for a fundraising golf tournament.