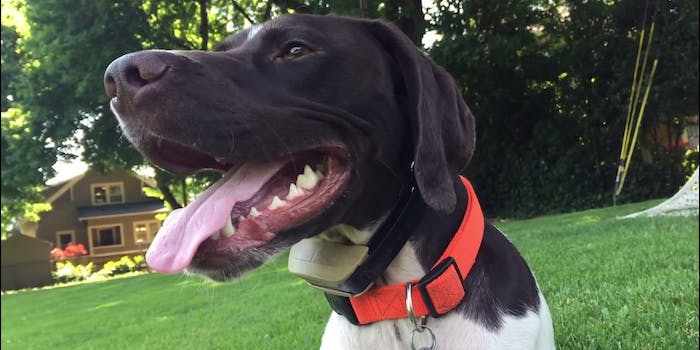 Some of us will do anything to get that toy back

When redditor jhug took a video while playing with his dog, he had no idea that he would capture a pivotal moment in his terrier’s young life: his first front flip.

Jhug’s adorable pup, excited to no end, knew that the bright blue flying disc that his master had tossed in Portland’s Woodstock City Park absolutely needed to be retrieved. And he wasn’t going to let something like a weak mesh fence stand in his way. Thus, he ran into it at full speed and executed a perfect Jackie Chan-esque flip over it. Any human attempting such a move would have broken their neck or pride, but it didn’t seem to faze this pooch.

We can only imagine what this dog will do when it is time to be fed.