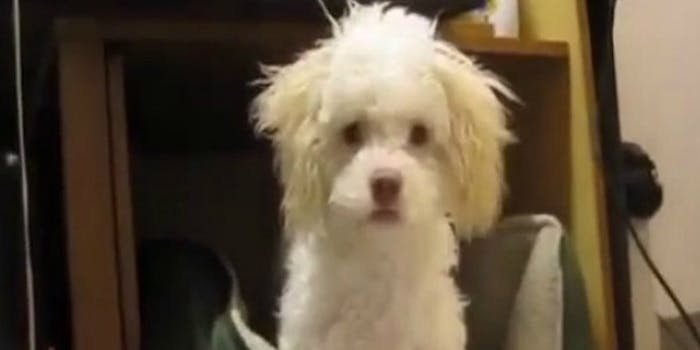 But this dog doesn’t care about any of that. Because if you catch the dog eating the paper and you happen to have a recording device in your hands, the dog turns into a stone-cold killer.

It’s as if this dog thinks to itself, “No witnesses! Let’s kill everything and everybody! Then, maybe I can eat something other than this dry paper.”

To be fair, the dog’s owners appear to have placed a dog bed right underneath the desk, so perhaps we should forgive the canine for having so little self-control. (If, for instance, somebody hung a bunch of bacon above my pillow, my life expectancy would almost immediately be reduced by decades.)

And let’s be honest. You have to look after yourself, even if you’re a dog. Because if it’s not a human taping you in the act of being a bad dog, it’s a fellow dog who’s more than ready to turn you in to the authorities.