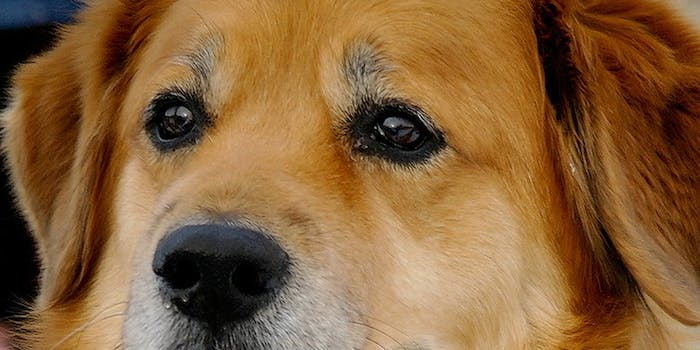 You’ve never heard a dog bark like this before

This dog is not speaking in normal Dog Language, that's for sure.

We don’t know what language this dog is speaking, but it sure isn’t a regular dog bark.

Phelan the dog looks totally normal and harmless, but his growl has to be heard to be believed. If we heard this in real life, we’d be pretty unnerved. What is it? A quiet lion’s roar? A demonic belch? Whatever it is, it’s certainly weird.

Consider us suitably freaked out.