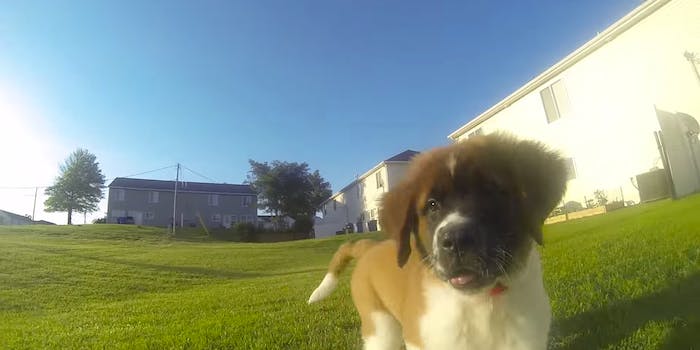 He'll get it next time.

We have yet to see a dog successfully eat a GoPro, but bless them for trying anyway.

RJ the excitable 10-week-old St. Bernard puppy tried his hardest to catch his owner’s GoPro, which he probably thinks is just a really fun chew toy on a pole. But this chew toy makes a scraping sound when it’s hit—and, we imagine, a crunch when hereally gets it.

Just wait until he gets older. That GoPro doesn’t stand a chance.