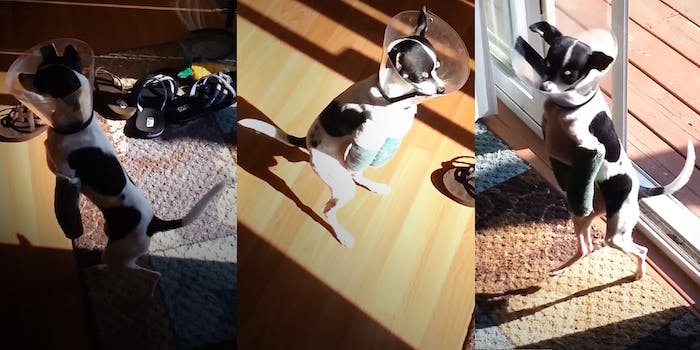 This two-legged dog proves no problem is insurmountable

Your daily dose of D'AWWW.

When life gives you lemons, make lemonade. And when life breaks both your legs, suck it up and improvise.

Jason Sanders has uploaded a video to YouTube of his dog doing exactly this: After breaking both her front legs jumping off “a 6 ft deck,” it didn’t phase her one bit. Instead, the terrier has adapted remarkably, making the best of an unfortunate situation—and looking damn cute while doing so.

Hopefully she’ll be back on all four paws in no time.