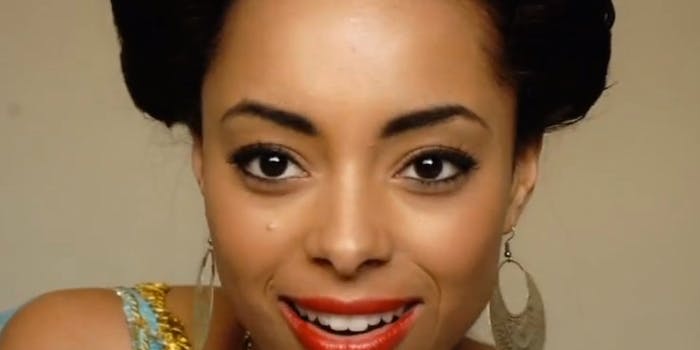 Also in today's YouTube guide: the Black Pope, a supercut of rabbits in movies, and Babe Ruth vs. Lance Armstrong.

It’s been a month since the Black Pope was elected, but his busy agenda still the talk of our TV (and our masses). In a short period of time, he’s made a number of changes to the Vatican’s policies, hosted SNL, made endorsements, added rims to the Popemobile, and added Michael Jackson to the Sistine Chapel.

2) FoundItem, “Rabbits on the Reel: A Supercut of Bunnies in Movies”

Rabbits might not have the Internet appeal of cats, but they’re still around in our films, no matter whether you see them as a harmlessly cute pet, a comfy pair of slippers, a meddling trickster, or as evil as that rabbit from Monty Python.

One of baseball’s greats is pitted against one of cycling’s most disgraced. Ruth aims for the literal below-the-belt jokes and the lack of sportsmanship while Armstrong calls the Great Bambino out for making his achievements before African Americans could play baseball.

4) Axis of Awesome, “Rage of Thrones”

You might want to tell everyone you know to watch Game of Thrones, but don’t be surprised if you get a raged-filled response from a book reader. They already know all of the plot twists and they’ve had to wait even longer than you for the next installment.

Snow White, Cinderella, Jasmine, and Ariel want to go on vacation for spring break, so they rob Cinderella’s stepmother and run into the Genie, fresh with cornrows, and their own set of troubles as everything doesn’t go as they planned.