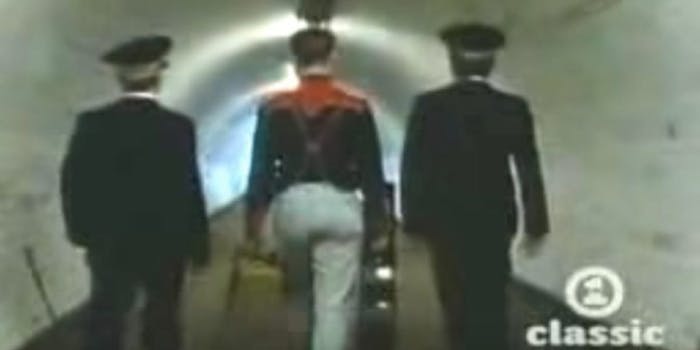 This works almost too well.

That dorky, peppy organ intro. That upbeat “woo-ooo.” Yes, “Walk of Life” is easily the second-goofiest* hit by ’80s folk-rockers Dire Straits, and it hasn’t aged particularly well. But to even the daddest of dad-rock, a purpose: turns out “Walk of Life” makes an ideal soundtrack to the end of any film. Even the serious ones. Especially the serious ones:

My god. It just works so well.

The Walk of Life Project is dedicated to proving the hypothesis that “‘Walk of Life’ by Dire Straits is the perfect song to end any movie.” So far, the experiment appears to be a success.

Peter Salomone, the editor behind the project, told Gizmodo, “I tried a few (Star Wars, 2001, and The Matrix) and I was surprised at how well they synced up… I just found a good starting point for the song and the rest just fell into place.”

It hits you over and over again. There are around 50 examples so far, and not a miss among them:

Louis, I think this is the beginning of a beautiful friendship … [cue organ].

*The goofiest is “Twisting by the Pool.”