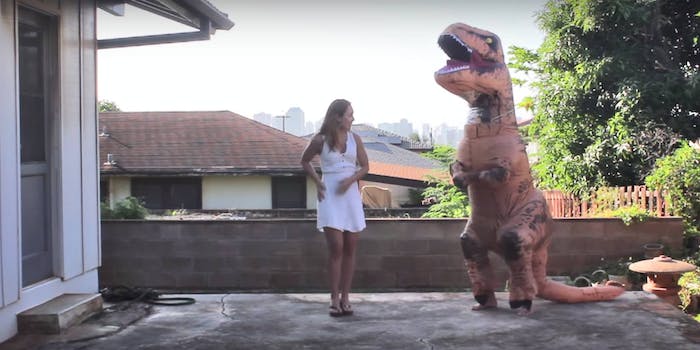 Woman teaches her T-rex how to dance the Macarena

No big deal, just a woman and her dinosaur pal dancing the Macarena together.

Every once in a while, you come across someone who doesn’t know the Macarena. In this day and age, how is that even possible?

Well, in this case it’s because the person in question is a dinosaur.

In this admittedly surreal video, a woman teaches a friend in an inflatable T-rex costume how to dance the Macarena. Since Tyrannosaurs are famous for their tiny, useless arms, it all looks pretty hilarious.

We don’t know why this dinosaur had to learn the Macarena, but to be honest, it really doesn’t matter. The resulting video is too good to miss.