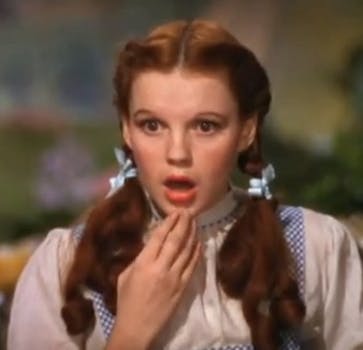 “Ding-Dong! The Witch Is Dead” lands at No. 2 after anti-Thatcher campaign

A Facebook campaign to send "Ding-Dong! The Witch Is Dead" to the top of the U.K. singles chart missed out on its goal by just one position.

A Facebook campaign to send “Ding-Dong! The Witch Is Dead” to the top of the U.K. singles chart missed out on its goal by just one position. The Wizard of Oz song landed at No. 2 in the wake of Margaret Thatcher’s death.

Former prime minister Thatcher, who died last Monday, was a divisive figure in her homeland. She clamped down on unions, ended free milk for schoolkids, and supported market deregulation. She also introduced tax reforms which brought broad rioting and protests.

Her death spurred jubilation among many of those who opposed her, with impromptu street parties and others organized on Facebook.

A different Thatcher-related song, “I’m in Love With Margaret Thatcher,” by Notsensibles, entered at 35 after Thatcher fans bought 8,768 copies of the 1979 tune.

The BBC declined to play “Ding-Dong! The Witch Is Dead” on its BBC Radio 1 chart show Sunday due to the circumstances under which it charted. Instead, it aired short clips during a news report detailing why it placed on the chart this week.

The song also made history as the first sub-60-second track to make it to the top 10.