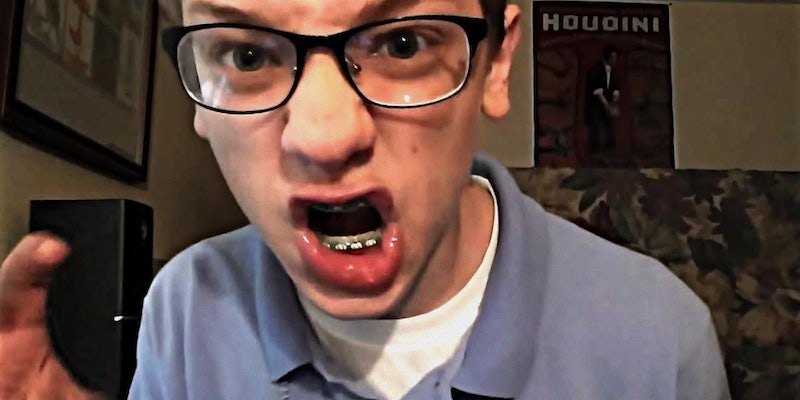 An interview with Dillon the Hacker, teenage ‘leader’ of 4chan and Anonymous

“There is nothing about Dillon the Hacker that is fake.”

He calls himself the leader of 4chan, a true alpha, and a master hacker. The one title he forgot was expert troll.

Dillon Henderson has nabbed headlines on Vice’s Motherboard and Complex this week thanks to a series of cringeworthy videos. The 15-year-old berates 4chan, Reddit, and popular YouTuber Felix “PewDiePie” Kjellberg, and also champions himself as the world’s premier hacker.

Since uploading his first YouTube video Thursday, Henderson has followed it up with four more. They’ve collected a combined 111,000 views. Each video features the bespectacled teenager in his bedroom firing off a barrage of insults.

“Mark this down on your calendars and burn it into your memory forever because you’re going to want to tell your grandchildren some day,” Henderson says in his first video, getting so close to the camera you can see his braces. “Where were you when you first heard of Dillon the hacker? This is the most important moment of your life.”

If indeed the sole purpose of Henderson’s videos was to piss off YouTube commenters and 4chan users, he’s done that in spades. Here’s a small sampling of the thousand hate-filled YouTube comments and countless 4chan threads trashing the teen. 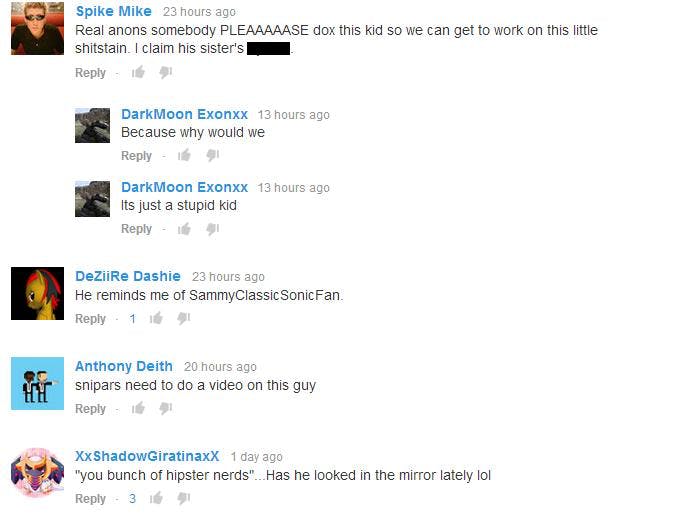 There’s been a lot of speculation as to who Henderson is and what he’s really trying to accomplish with his videos. He isn’t the first person to use 4chan to help jumpstart a career. And he’s certainly not the first to bait the community into raging. But there was something a bit different—something genuinely innocent—about Henderson that 4chan hadn’t seen since 2008.

That’s the year when 4chan became obsessed with Catie “boxxy” Wayne, a teenage girl with heavy black eyeliner who became 4chan’s muse and target. As was the case with Wayne, 4chan is obsessed with figuring out who Henderson really is. Is he an actor or just some bored teen? And what sort of programming chops does he really have?

Daily Dot: In your videos you often look down at your screen as if you’re reading from a script. Can you explain this?

Dillon Henderson: Yes, I was reading off of my screen. I wrote down some talking points before making the video so that I could remember what I wanted to say.

Are you an actor?

There is nothing about Dillon the Hacker that is fake. You have so many “actors” on YouTube playing fake characters for attention like Boogie2988, or Shane Dawson who dresses up in ridiculous costumes. My goal is to bring reality back to YouTube by telling it like it is. A lot of people like Undertakerfreak1127 and The Amazing Atheist wish that I am fake or that I am trolling, because I scare them so much. But unfortunately for all of them, their worst fear is true: This is real. Dillon the Hacker is real and he is taking over YouTube.

How did you become the leader of 4chan and Anonymous?

Anonymous is a collective group of hackers who usually do not want to reveal their identity. I became the leader of the group simply by being the one brave enough to step up and take it. I saw a position that needed to be filled and I stepped up to the plate. I have been the leader ever since.

What is a typical day like as the leader of 4chan?

I spend most of my day coding and writing new applications. I can’t talk about the other activities I am involved in on the Tor network due to security reasons. I am still in high school technically but am taking college courses. I have an IQ of 143 and have been hacking/coding since I was 2-years-old.

4chan recently celebrated its 10 year anniversary, making it one of the oldest web communities still in existence. What attracted you to the site and do you have a favorite imageboard?

I enjoy 4chan because it is raw and uncensored like me. As a world elite hacker, I can’t deal with unintuitive websites like Reddit or Tumblr that will censor me for telling the truth. My current favorite board on 4chan is the /s4s/ [“Shit 4chan Says”] board.

These days, Anonymous seems to have been eclipsed by hackers from the Syrian Electronic Army (SEA). Do you have a message for SEA or for Anonymous?

I’ve never heard of the Syrian Electronic Army, but if they think they’re going to be the top dogs in the new era of hacking, then I welcome their challenge. I am currently in the process of forming my own new hacker group which will be called “The Meme Krew.”  Some of the members include BG Kumbi, StraightUpStreett, and a secret mystery member who is very big on YouTube but wants to remain in the dark for now.

What are your thoughts on Christopher “moot” Poole, the creator of 4chan?

I have an enormous amount of respect for moot. Yes I will punish him if I have to, but just like with Anonymous, it is out of love. As a parent you sometimes have to give your children a spanking to keep their behavior in check. That is what I will do to moot, but only if I have to. 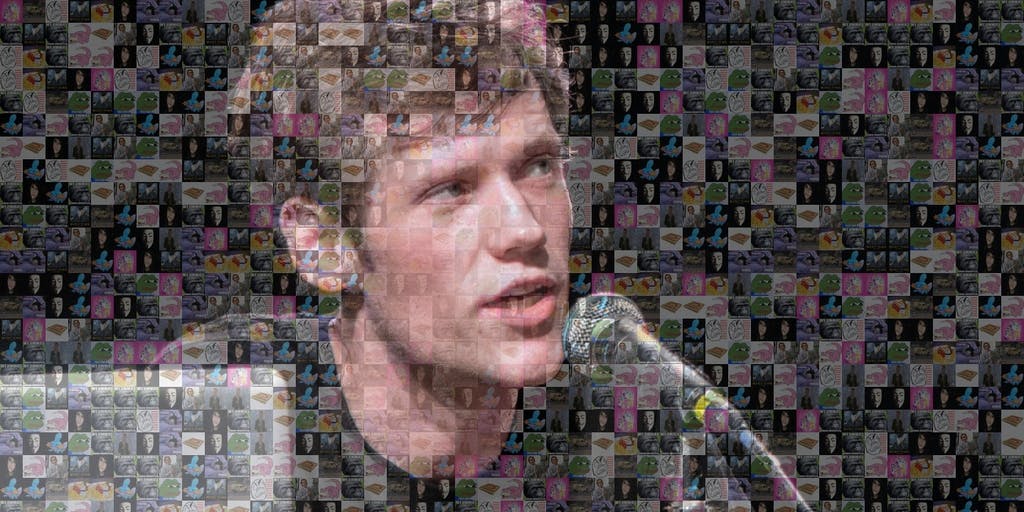 The comments left on your YouTube videos are pretty inflammatory. Anything you’d like to say to your haters?

I respect everyone who is brave enough to stand up to me. Most people I encounter are too cowardly to step to me, so when someone actually has the courage to insult me, I respect them for it.

What do your parents think of your videos?

My best friend Kevin is also a YouTuber (he is better known as BG Kumbi) and he supports my videos and has promoted my channel to his fans to help me. My father is away a lot, he works as a supervisor on offshore oil-rigs so he doesn’t really know about my hacker life. My mom hears me making videos in my room, and I’ve explained to her what I am doing, but she is out of touch with the Internet and doesn’t really understand what YouTube is.

What can you do to prove you are a real person? 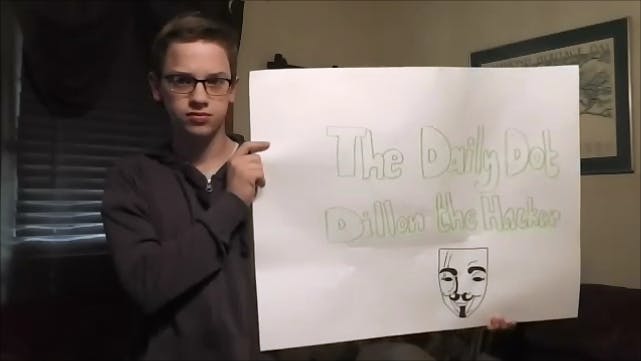