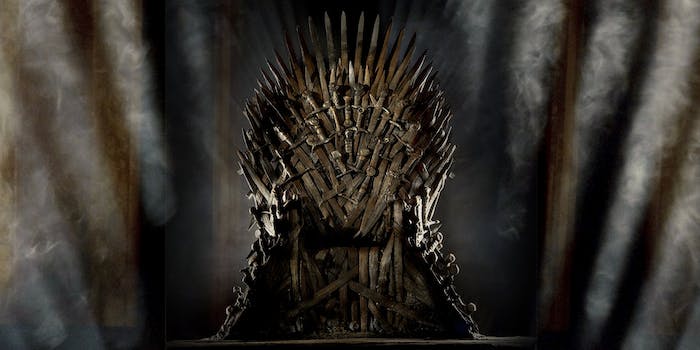 In George R.R. Martin’s A Song of Ice and Fire series, sitting atop the Iron Throne is hard. You have to have a royal blood line, amass an army, raise some dragons, and play “the Game of Thrones” with ruthless efficiency.

Do the words “CONDITION: USED” scare you?

Do you have a room in need of a defining piece of furniture?

Do you want to grab a unique opportunity with both hands?

You feel like you always wanted to win a contest, but you’ll never have the luck you need?

You want to roleplay as Tommen Baratheon?