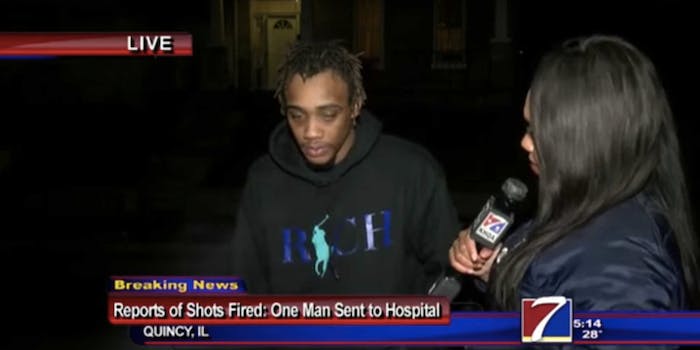 Devon Hawkins said he was relaxing as usual at home in Quincy, Illinois, when a stray bullet came through a window and struck him in the chest—and his immediate thought was not of himself, but his son’s safety.

It could have been just another sadly unremarkable incident in gun-addicted America were it not for the fact that Hawkins later that same night spoke to a local news correspondent about it, embodying an almost supernatural chill as he explained that he wasn’t “trippin'” about the “little, petty wound” he suffered in the shootout.

What would it take for Hawkins to lose his effortless poise? We sincerely hope to never find out.