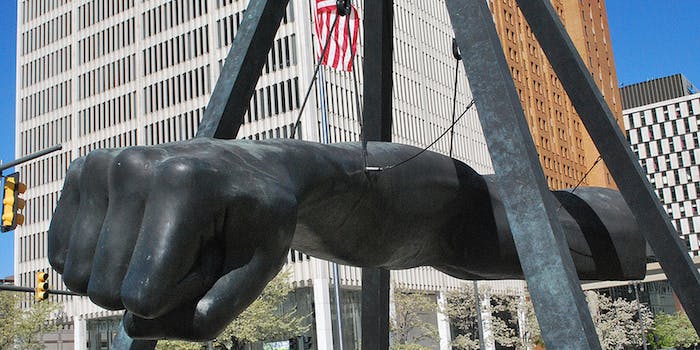 Detroit artist Jerry Vile created an emphatic sculptural tableau to commemorate the city’s bankruptcy—but it was just vague enough that a local Fox affiliate had to ask the Internet to decipher it.

In a Facebook post, Fox 2 Detroit posted an image of the public piece, titled “A Vessel of Hope,” noting that it was supposed to “in someway [sic] ease the pain of having the Detroit bankruptcy shoved into our faces.” 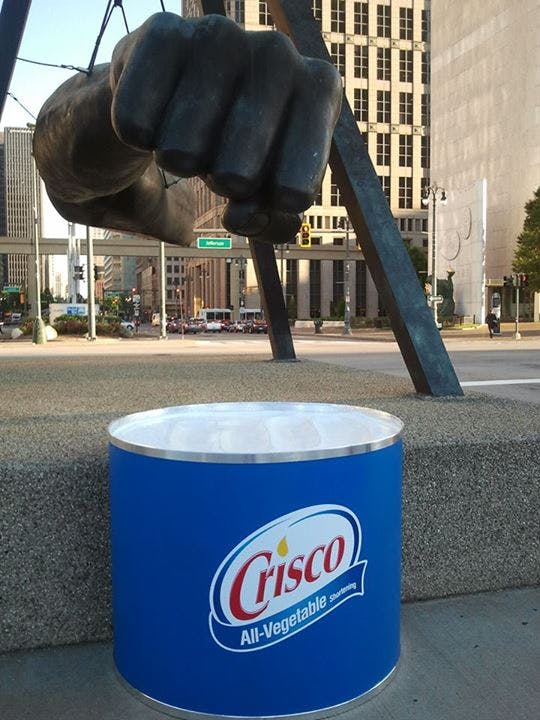 “Can anyone explain what this means???” the news station wondered.

Indeed, many were quick to parse the message. The work sat next to an existing statue of boxer Joe Louis’ giant, suspended forearm, with a boulder-like fist at one end. Vile’s mischief was to position a huge bucket of Crisco all-vegetable shortening in front of it.

The clear implication was that Detroit’s economic realities are bound to feel somewhat like getting fisted—i.e., having an entire fist shoved up one’s rectum (in this case, with the consideration of lube, which is really the least the fister can do).

The comment thread exploded with everything from candid anatomy lessons to accusations of the artist’s racism (for allegedly co-opting the black power salute) to suggestions that Fox 2 knew exactly what they were posting. Others saw significance in the idea of “greased palms,” and figured Vile was making a less pornographic remark about corruption in the city.

For its part, Fox 2 maintained its total innocence of the sex act evoked.

City officials removed the Crisco can yesterday, but it’s still around… on Facebook.