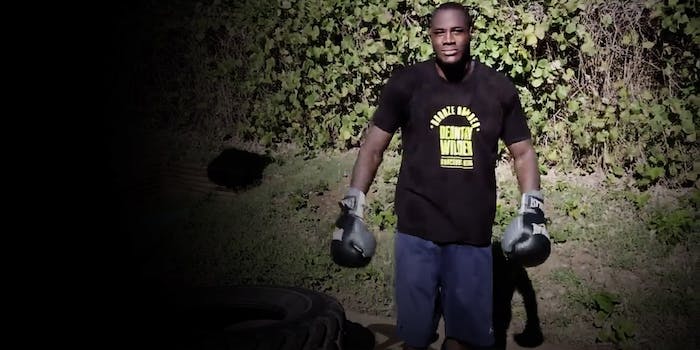 To be fair, the fan had it coming.

Undefeated heavyweight boxer Deontay “The Bronze Bomber” Wilder” made a promise. Once he reached 5,000 fans on his official Facebook page, he vowed, he’d fight a fan. Today, that day has come.

It’s not clear how the (un)lucky fan was chosen—but one punch, and it’s all over.