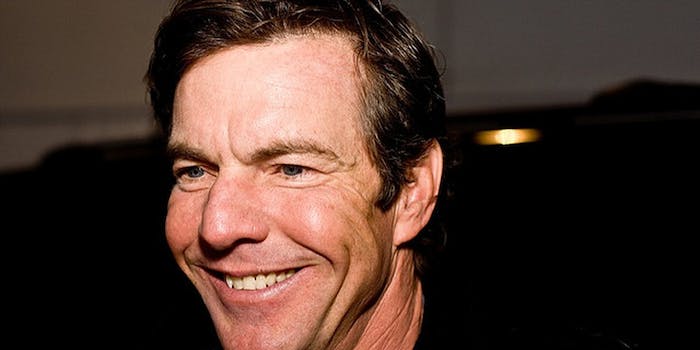 Can't wait for the remix.

If this is a Jimmy Kimmel Live prank, they’re going to have to bleep a good deal of it: Actor Dennis Quaid—whether he’s angry or just faking it—can really throw some profanity around.

How likely is it that the star, whose brother Randy is all about viral meltdowns, blew his stack during a shoot and called a crew member “Dopey the Dick”? Well, let’s put it this way: In the course of a long Hollywood career, it’d be stranger if you didn’t say such things at some point.

Incidentally, I Have a Bunch of Pussies Staring at Me is the name of Quaid’s new mixtape.