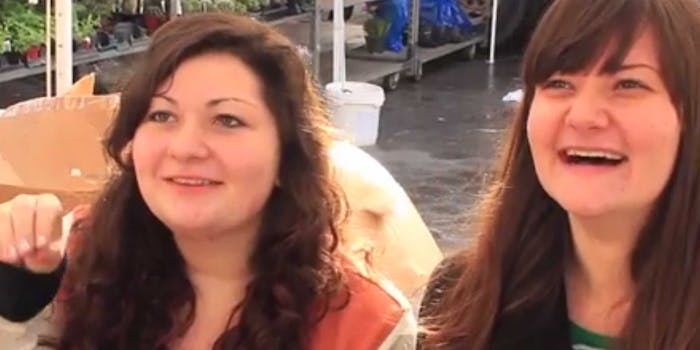 What’s a ‘meme’? Really hard to explain, that’s what

Pretty sure it has something to do with twerking.

The word “meme” as it applies to viral Internet content is so ubiquitous these days that it scarcely needs to be explained—which is good, because coming up with a coherent definition seems all but impossible. When writer and comedian Alex J. Mann was asked to provide one, he found he couldn’t, so he grabbed his camera and put some streetwise New Yorkers on the spot.

What Mann found is that “meme” can refer to many discrete things—from a picture with text (also known as an image macro), to dog sex, to wanting Miley Cyrus to take a shit on you (yeah, we don’t know either). Plenty of people admit to having no clue what Mann is talking about, and you’ll probably have to admit a pang of jealousy over such blissfully disconnected lives, especially when one guy gives an irritatingly pedantic, Richard Dawkins-citing answer that is, sadly, 100 percent correct.

Eventually, this being New York, the conversation slides toward unflinching opinion. “I’d rather talk to people on the telephone,” one woman says, while another puts it more emphatically as she takes a drag on her cigarette: “Fuck memes.” You know, we can kind of see her point.