This deer chilling out in a swimming pool seems pretty chill

The average temperature in Tuscany, Italy, hovers around the 70s in June. That’s hot! It’s especially hot if you’re a deer and you have all that hair on your body (this is also true, of course, for hairy Tuscans).

But one special deer decided to claim his summer and embrace a very chill lifestyle. He chose to go for a cool dip in a swimming pool—a pool presumably meant for humans and not for deer.

What a chill deer though! Look at how the deer is just wading in the water. 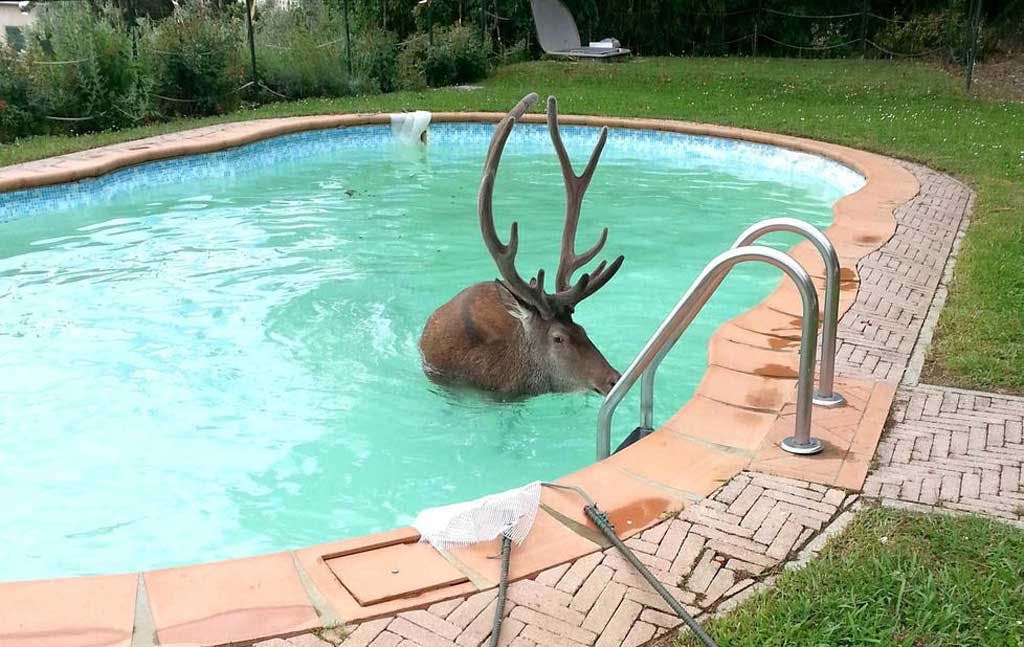 What a chill sitch! One can almost imagine a couple of cans of Bud Light Lime just chilling in the deer’s antlers, waiting to be cracked open. SUMMER. Even though this deer was stuck in a situation that it might not have liked to be in, he remained extremely calm and was just very good at being chill.

Naturally, some humans were pretty upset, and according to an Italian news agency, the deer was safely removed from the pool after being tranquilized (depending how you feel about narcotics, this might be even more of a “chill sitch,” but that’s up to you to decide).

If you’re a fan of deer in pools, please note that this is not a strictly Italian phenomenon. In 2010, a YouTube video emerged of a baby deer swimming in a pool on Father’s Day.

This little deer got stuck, and that seems sad.

And in 2014, a California community banded together to help save a deer that was trapped in a pool. There should be more deers in pools, but only if they want to cool down and have a pleasant summer.