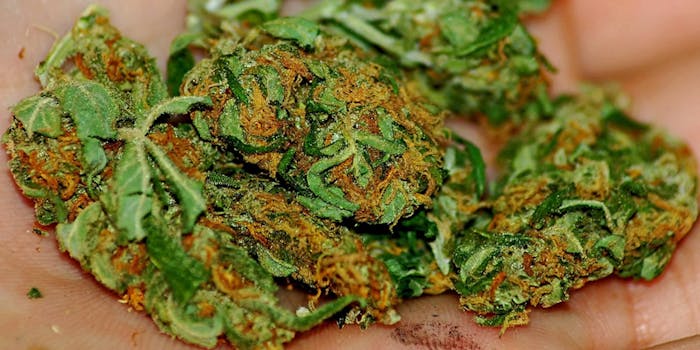 Here’s proof Deep Web drug markets are bigger than ever

If you expected them to slow down, start looking up.

When a $100,000 heist goes sleepily unnoticed, you know you’re in strange territory.

Customers of Cannabis Road, a small but much loved marijuana-only black market on the Deep Web, woke up to news of a cyber theft on Monday morning that may leave the pot-friendly store closed for good.

“At this point, I still have no idea how the coins were stolen, or who was involved,” shop proprietor Crypto announced earlier today. “I am deeply sorry that I have failed you as a developer and a leader.”

A haul of $100,000 makes the Cannabis Road robbery just another Deep Web theft. It’s an event that pales in comparison to the $100 million rip-off of Sheep Marketplace in Dec. 2013, or the multimillion dollar hack against Silk Road 2 earlier this year.

Add on to that the specter of arrest and trial that looms large over every illicit transaction on the Deep Web—accused Silk Road founder Ross Ulbricht now faces three new felonies tacked on to the four already hanging around his neck for his role in building this underworld—and it’s a wonder that there are any customers at all.

Ten months after the epochal fall of the original Silk Road, when onlookers declared the Deep Web dead—we didn’t—the anonymous black markets are bigger than ever.

The 17 major black markets—16 if Cannabis Road is shuttered for good—are selling around 60,000 items at any given moment, a number far higher than the 18,000 being sold last year when Ulbricht was arrested.

The black markets first hit 50,000 products in May of this year and have steadily climbed higher ever since.

Silk Road 2.0 remains the largest black market on the block, as it has been since it launched earlier this year. Its 16,108 total products for sale (12,536 are drugs) account for approximately 27 percent of all Deep Web black market products, a drop of about 6 percent since May.

Despite its commercial success, Silk Road 2.0 is seen by many to be coasting off the reputation of the original Silk Road market. Its leaders have made a number of highly controversial decisions—the complete lack of escrow security opens customers up to easy scams, for instance—but new buyers keep coming.

Silk Road 2’s biggest competitor and the fastest growing black market in 2014 is Agora. Selling over 15,700 items at any given moment, Agora accounts for 27 percent of all products on sale on the Deep Web. In the last four months, Agora has grown by over 33 percent, while Silk Road has stayed roughly the same size, due in large part to allowing no new vendors.

Agora, which unlike Silk Road 2.0 has never been hacked, takes a 4 percent commission on all sales. As is the case virtually everywhere, marijuana is Agora’s biggest seller while thousands of ecstasy, stimulants, and prescription drugs attract flocks of buyers as well.

All-told, Evolution accounts for about a quarter of all products sold on the Deep Web. Its drug lists, however, make up just 18 percent of Deep Web stock in trade.

After the big three players, storefronts shrink massively. In order of total products listed, the following black markets round out the major players in the field:

Deep Web black markets remain in the crosshairs of law enforcement agencies around the world, inspiring fear, uncertainty, and doubt around everything they do. But as long as their products remain on the wish lists of millions of people in every corner of the world, there’s little reason to believe the party will end anytime soon.