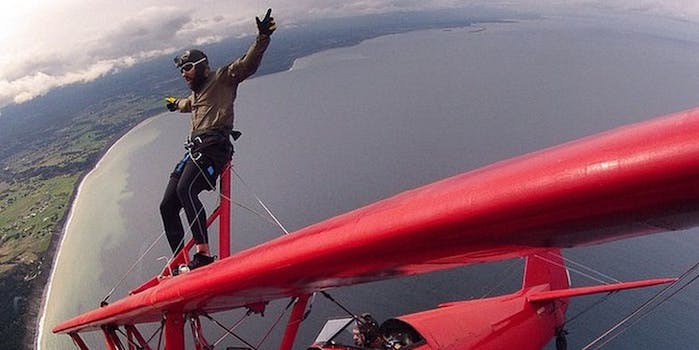 This? Oh, it's just one of the NFL's best linebackers standing on top of an airplane in flight.

Tom Brady made some Internet noise last week when, in the middle of the NFL‘s offseason, he jumped off a high cliff somewhere in what looks to be paradise (or Costa Rica). Lions linebacker DeAndre Levy probably watched that video and laughed. Because this is how Levy spends his offseason.

On the top of an airplane. While it’s flying. Way high in the sky. 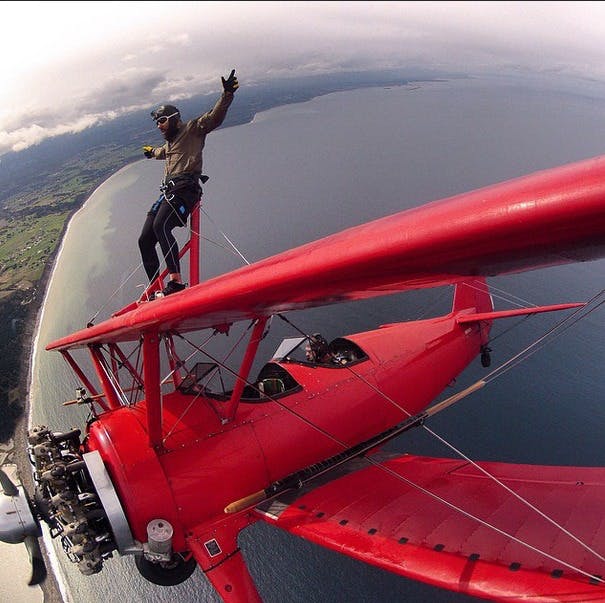 Also, a man who stands on an airplane when it’s upside-freaking-down. 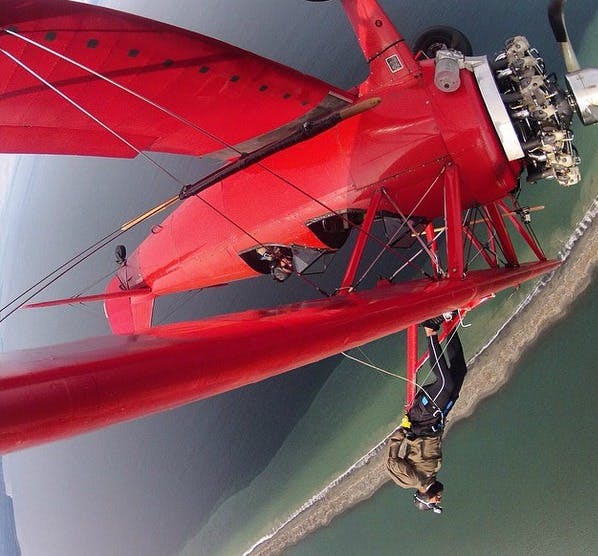 Hey, at least, he’s not jumping out of planes, am I right? Like he did a year ago. 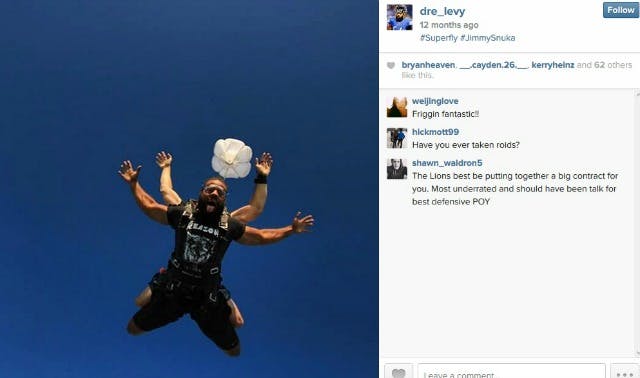 So, how do the Lions feel about all of this? Probably as nervous as the Three Amigos.