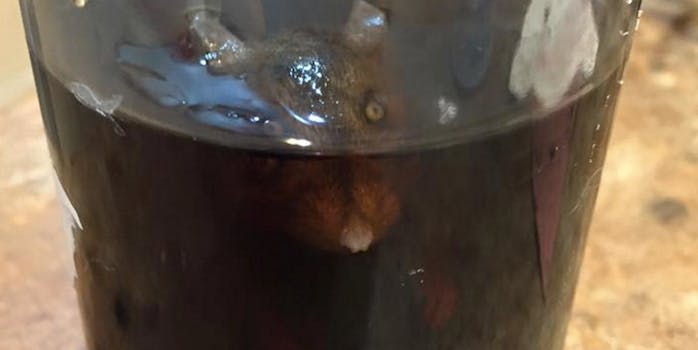 You've got to be kidding.

In an age where customer complaints go viral—especially when people fight a major corporation on behalf of their innocent kids—it’s worth being skeptical of the more outlandish claims.

But, what the heck, let’s try this on: A family in Houston says their 3-year-old boy was drinking a bottle of Dr Pepper that turned out to contain a dead rat. Get a load of this horrorshow:

Is such a thing possible? Is there even a rat stupid enough to get sealed inside a bottle of soda? We’ll leave that question to the rat experts. Meanwhile, just take closer look. 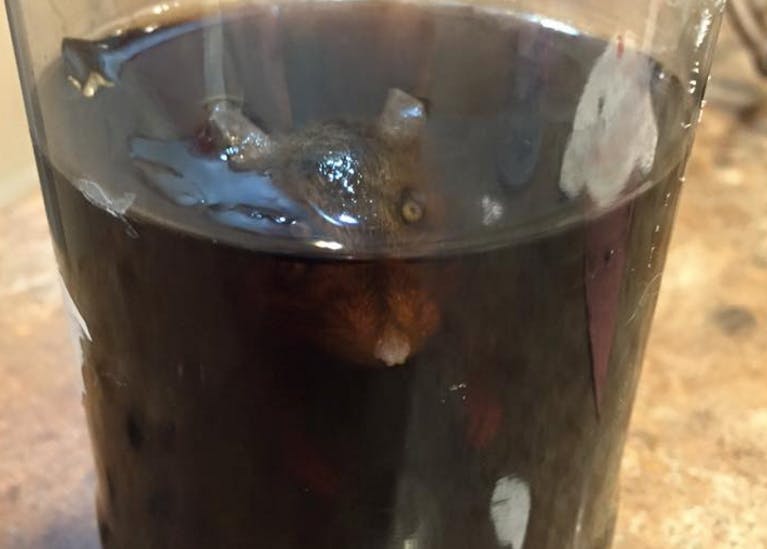 Nope, nothing about that says “shitty Halloween prop shoved into an old plastic bottle half-filled with flat cola.” No sir. So what if we know that soda can essentially melt bone within 24 hours? Of course this rodent would have remained intact for however long it sat on the shelf of a gas station food mart. Don’t doubt it for a second. 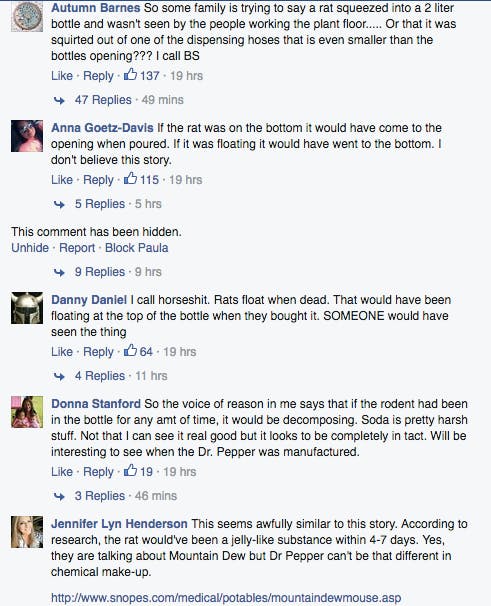 Anyway, the folks at the Dr Pepper-Snapple company offered to have the rat tested at a third-party forensic lab, but the family has refused, wanting to have it tested themselves. We can only hope that by helping their hoax go viral, it’ll be exposed all the sooner.