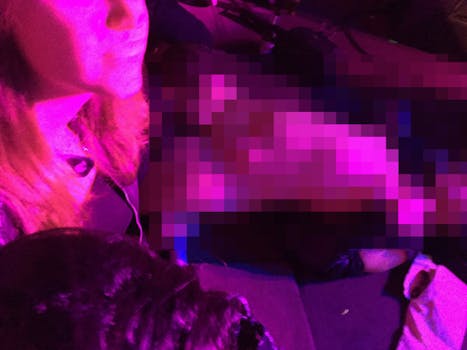 For one enamored couple, a punk rock concert at Belly Up Tavern on Thursday in Solana Beach, Calif., turned into dinner and a show. According to one fan, the pair crept up on stage during the Kennedys’ third song, “Police Truck,” and went to town. 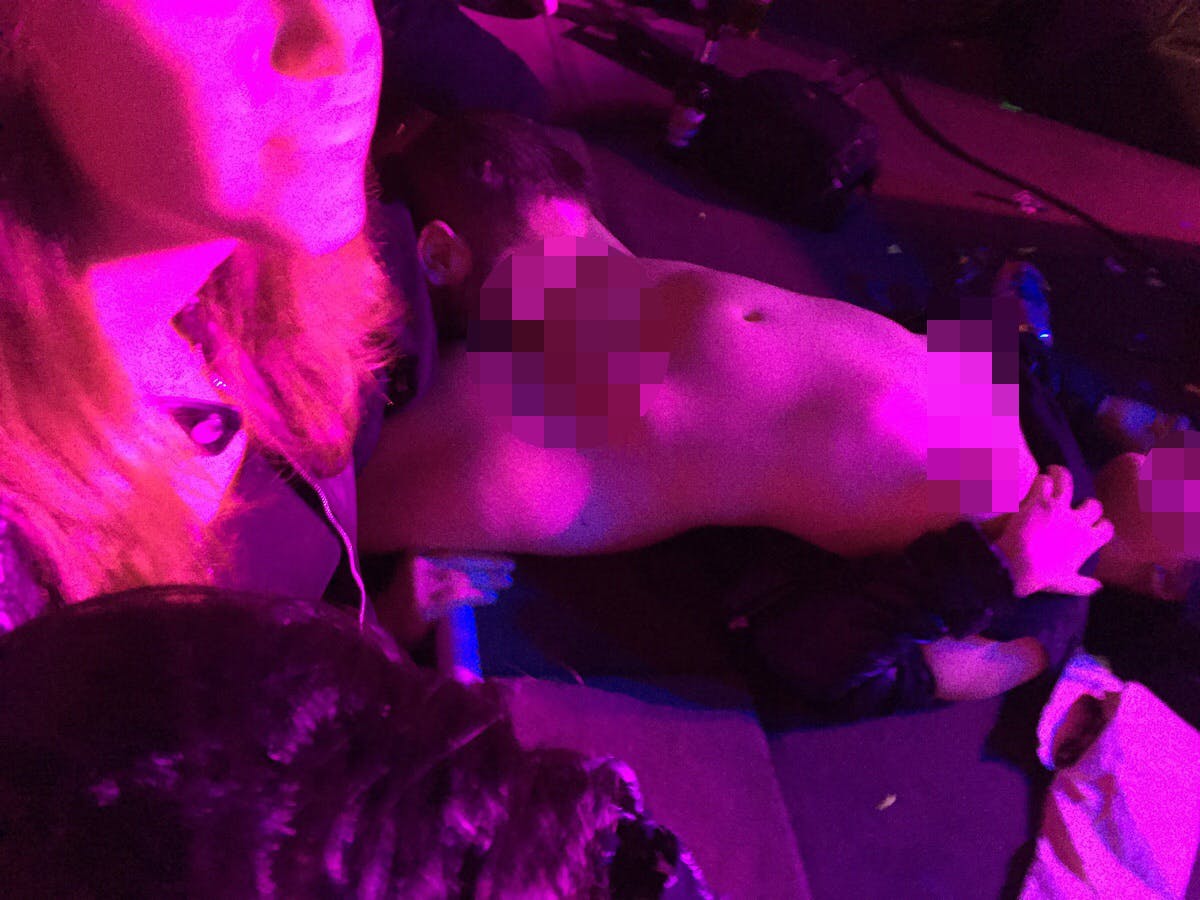 “I think it was more an oddity, people just saw something strange for a few minutes,” said an attendee named Chris, who declined to give 10 News his last name. He said some people took a photo and then went back to watching the show, like it was no big deal.

A lot of those photos surfaced on Reddit over the weekend. Here’s another angle. We’ve blurred faces along with genitals to protect the couple’s privacy. 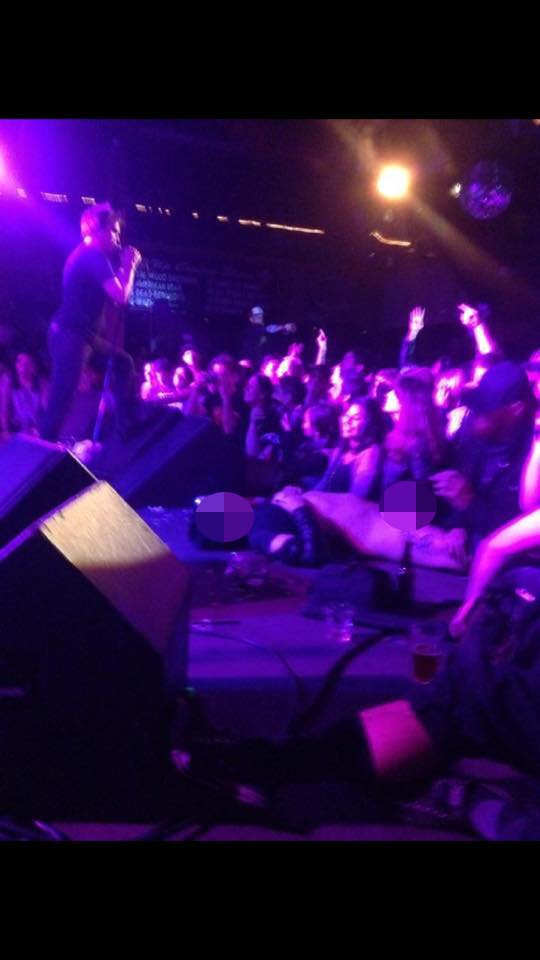 10 News contacted the local sheriff’s department to find out if these two could face charges for performing oral sex on stage in public.

A spokesperson pointed us to PC 314, which states that any person who exposes his or herself in a public place can face a misdemeanor if others are “offended or annoyed.”

However, “the sheriff’s department said there were no official complaints.”