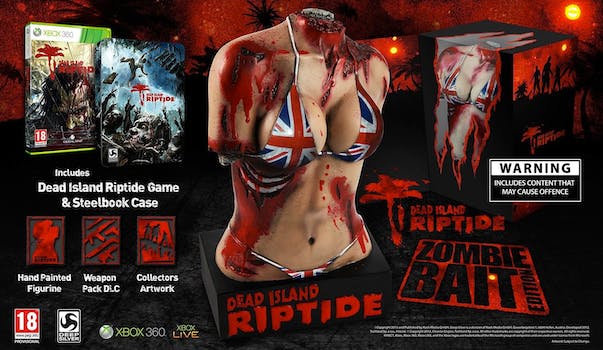 Game company Deep Silver apologized in January for including a bloody, bikini-clad statue with the special edition of Dead Island: Riptide. Then they shipped it anyway.

When game company Deep Silver apologized in January for including a bloody, bikini-clad statue with the special “Zombie Bait Edition” of Dead Island sequel Dead Island: Riptide, it was assumed that the statue would no longer be sold.

However, it looks like Deep Silver just taught us all a lesson in making assumptions. 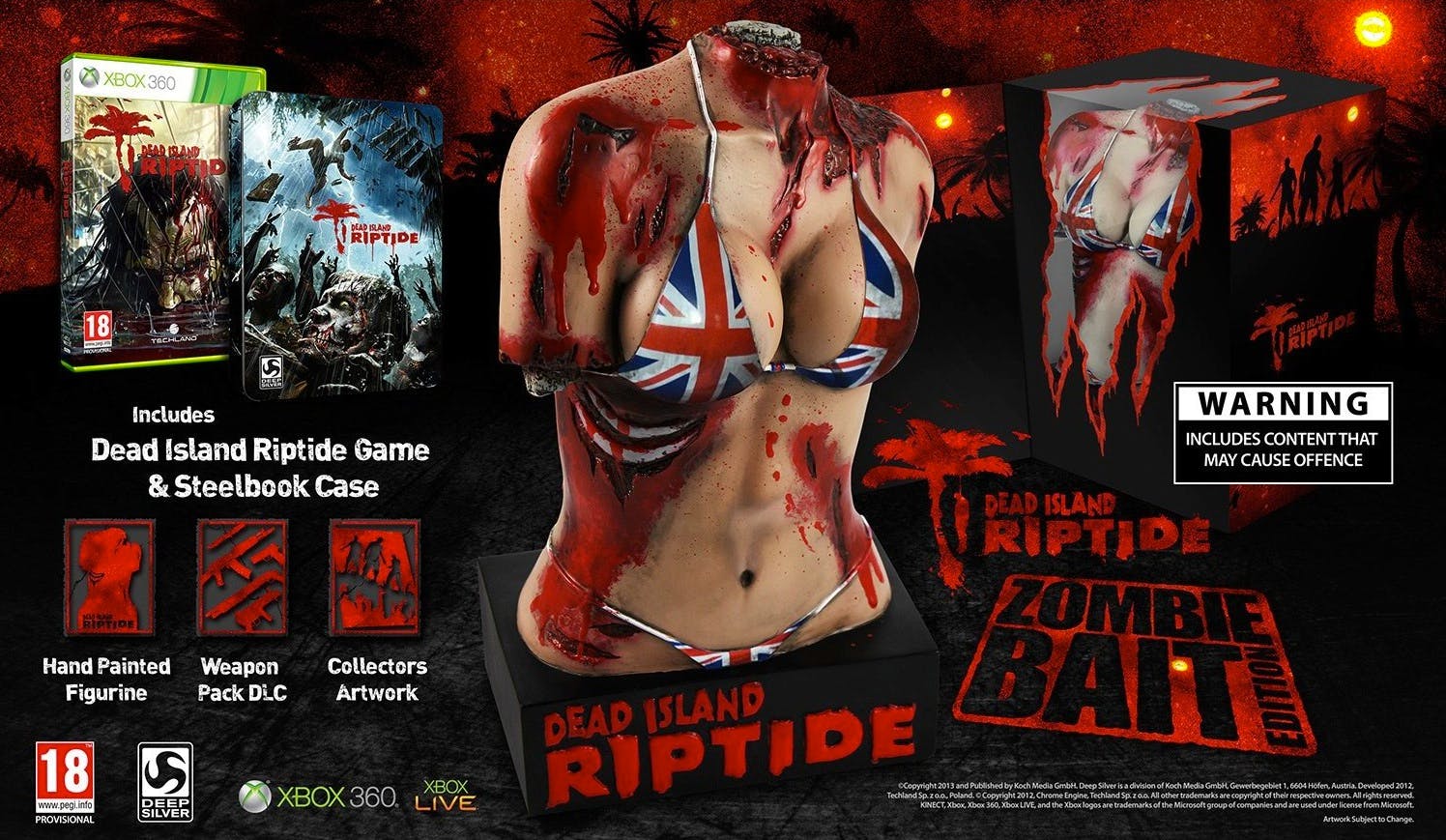 The dismembered female torso is still being sold with the European and Australian special editions of the game, and is currently still pictured in the product listing on Amazon.co.uk. Maybe Deep Silver is hoping that gamers will focus more on the weapons DLC or the collectors’ artwork that is sold with the “Zombie Bait Edition.” After all, they received such a backlash when the statue was first revealed that they issued an apology on Twitter stating:

“We deeply apologize for any offense caused by the Dead Island Riptide “Zombie Bait Edition”, the collector’s edition announced for Europe and Australia. Like many gaming companies, Deep Silver has many offices in different countries, which is why sometimes different versions of Collector’s Editions come into being for North America, Europe, Australia, and Asia.

For the limited run of the Zombie Bait Edition for Europe and Australia, a decision was made to include a gruesome statue of a zombie torso, which was cut up like many of our fans had done to the undead enemies in the original Dead Island.

We sincerely regret this choice. We are collecting feedback continuously from the Dead Island community, as well as the international gaming community at large, for ongoing internal meetings with Deep Silver’s entire international team today. For now, we want to reiterate to the community, fans and industry how deeply sorry we are, and that we are committed to making sure this will never happen again.”

According to The Mary Sue, Deep Silver claimed the statue is a “grotesque take on an iconic Roman marble torso sculpture.” However people were, and still are, disturbed by the sexualization of the Dead Island torso. After all, the dead woman’s chest was left untouched, but her head and limbs weren’t so lucky. 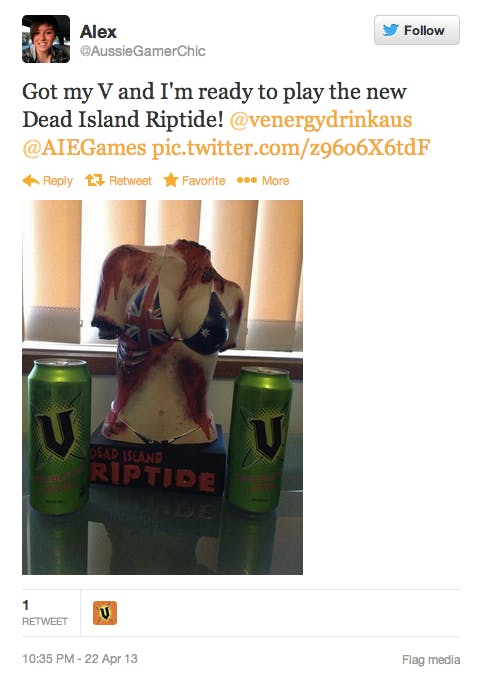 According to writer Owen Good, CNET’s Austrailian edition received a media statement from Deep Silver which states: “The Australian and New Zealand special editions of Dead Island Riptide are the Survivor Edition available through EB Games, and the Pre-Order Edition available through JB Hi-Fi. An extremely limited quantity of the Zombie Bait edition has been made available to some retailers for those customers who wish to purchase it.”

Debate about the statue even took place on the Amazon.co.uk listing page itself, in a customer discussion asking “Would anyone know the scale of this sexy Figurine?” While the original commenter got his answer, the discussion quickly turned to whether or not the statue was sexy. Comments in the discussion range from “Sexy figurine…Isn’t that necrophilia? I just think it’s wrong to present a sexualised image of a body that has been dismembered, battered etc.” to “I hope you can get this awesome statue with the PC version.” The last comment to be shared was posted on Tuesday and simply states “God that statue is hideous.”

Even with another backlash on the horizon, apparently Deep Silver just couldn’t ignore the select few who want to showcase a woman’s bloody torso in their homes—or maybe they hope the controversy will boost sales.