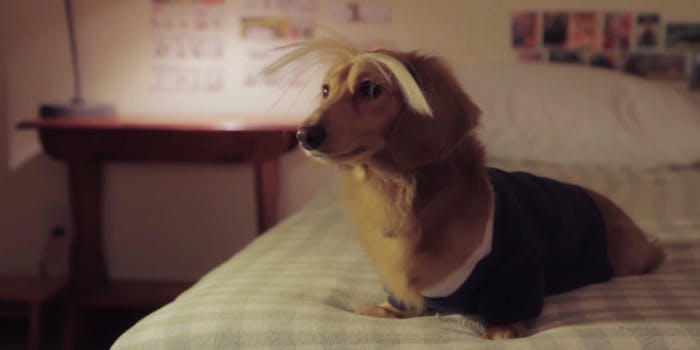 All of the drama, none of the humans.

You really don’t want to wait for this.

Instead of binge-watching six seasons of Dawson’s Creek to get your ’90s and early aughts nostalgia fix, you could do the same thing in less time (and arguably get a better show) by watching Daschund’s Creek. It’s the same show you know and love, but thanks to director Michael Immerman, it’s added some lovable pooches in place of every actor.

They nailed the humor and awkwardness of coming of age and falling in love while somehow capturing the very essence of Dawson, Joey, Jen, and Pacey. We can only imagine how those crying scenes will go with a few howls.

At the very least, we know how Dawson feels about all this.