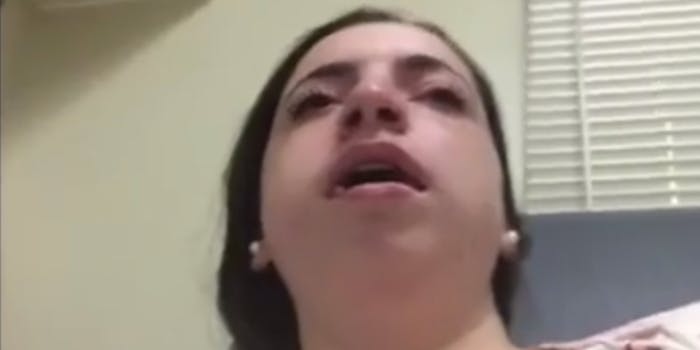 "Mommy, I want to have sex with Ryan Gosling."

The appeal of 2009 megaviral video “David After Dentist” lay in its subject’s innocence: Emerging from an anaesthetic fog, a young boy struggles to reorient himself to a reality of which he has precious little experience.

Take a pubescent kid to get their wisdom teeth removed, however, and the post-operation ramblings take on a saltier edge. Could this young woman be exaggerating her lack of filter by telling a doctor that he’s hot, pining for “white dick,” and seeking help in her quest to become a Kardashian? Either way, her mom is mortified.

Ed’s note: The subject of the video featured in this story reached out to the Daily Dot, claiming it was never meant to go public and that her original copy has been deleted. We respect her request for privacy and have removed the video.