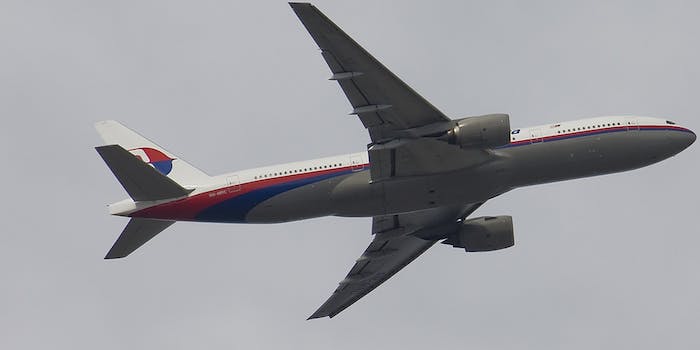 The fate of flight MH370, a Malaysia Airlines jet that vanished without a trace somewhere off the coast of Vietnam, remains unclear. And though the likelihood that any of the 239 passengers and crew survived is diminishing hour by hour, Maira Elizabeth Nari has yet to give up the idea that her father, chief steward Andrew Nari, may still be out there.

Nari has been tweeting her thoughts and prayers over the past few days, drawing countless messages of support as the world waits, breath held, to learn what really happened.

I’d like to thank everyone for their concern towards my dad and the whole passengers of flight #MH370. Only God can repay your kindness. :’)

I really do hope that people will stop spreading rumours and all those edit photos and ect or anything as it effects my feelings.

Daddy. You’re all over the news and papers. Come home fast, so you could read them! Don’t you feel excited? :’D pic.twitter.com/Jc4TzMSKym

Don’t you blame the pilot. It is truly a big responsibility for them as they are bringing hundreds of life behind their back. Thank you.

My dad and all the other crews, together with the passengers of MH370 must be so happy that the whole world is praying for them! :’D

Since almost everybody is asking about my mom, she’s okay. She’s standing real strong. & with the support we received, we’re okay.

& until today, we are still waiting for you, dad. ;’) pic.twitter.com/wk4pBFm29Q

Whatever the outcome in this strange mystery, we can only wish Nari and families like hers get some form of closure. Until then, they’ll hold out hope for much more.