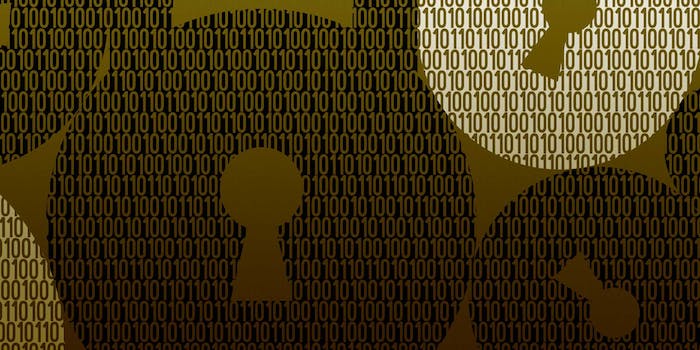 Welcome to the 21st century.

In a display of 21st-century crime and policing, federal law enforcement agents have shut down a Dark Net counterfeit site with the help of facial recognition technology.

Known as Community-X, the site produced and sold over $1.5 million in fake American cash made in Uganda. The site been dismantled and four people connected with it have been charged with conspiracy, money laundering, and counterfeiting acts, according to U.S. authorities.

“The dark part of the Internet where they were proceeding is not a safe place for the criminals because we can get there now.”

Every Dark Net arrest in recent years has been accompanied by a triumphant reminder from police that the anonymous Internet ofers no foolproof protection from authorities.

“The dark part of the Internet where they were proceeding is not a safe place for the criminals because we can get there now,” U.S. Attorney David Hickton of Pittsburgh told the Associated Press.

Gustafson allegedly created Community-X in 2013 as an anonymous site “dedicated to the manufacturing, selling, buying, distribution and passing of counterfeit Federal Reserve Notes (FRNs), which he claimed to have manufactured,” according to the Justice Department. “The website contained forums where members discussed the counterfeit bills and shared tips on how best to pass, ship and distribute counterfeit FRNs.”

The Secret Service investigation was triggered when an alleged customer of Community-X known as J.G., already under government supervision on a separate charge, allegedly used a fake $100 bill at a Rite-Aid in Pittsburgh in late 2013. Police say that in the weeks that followed he used the fake cash to wire thousands of dollars using Western Union and to buy prepaid credit cards from Walgreens and CVS, where surveillance cameras caught him in the act.

Gustafson, an American citizen, allegedly claimed online to have manufactured the money. Police say they found that it was produced in Uganda based on their analysis and comparison between fake notes known to be Ugandan in origin.

Thanks to an unrelated criminal case against the Community-X customer, police knew J.G. rented a postal box at a UPS store in Pittsburgh. In February 2014, police intercepted a shipment with $7,000 in fake bills disguised as a set of partnership contracts.

American law enforcement say they found Gustafson’s fingerprints on the shipment and determined that it had come from Uganda. A joint investigation with Ugandan authorities pinpointed the alleged source, who isn’t named in the indictments, and quickly convinced him to cooperate against Gustafson and the entire Community-X operation.

The cooperator, who is being prosecuted in Uganda, admitted to sending the shipments, saying that he received the fake cash from an American living in Uganda that police allege is Gustafson.

The fake name Gustafson used, Jack Farrel, was hardly hidden. Police found a Facebook photo and had the cooperator confirm that this was the man selling the cash.

“Facial recognition analysis matched photographs from Jack Farrel’s Facebook site with a Texas Department of Motor Vehicles photo of Ryan Andrew Gustafson,” according to the indictment.

Later searches revealed numerous Facebook accounts under both the Farrel and Gustafon names with the same face in all the photos, police say. Apparently, Gustafson logged into Facebook accounts without using Tor anonymizing software, creating a link that flashed red for investigators.

The Secret Service gained access to a criminal informant’s account on Community-X in April 2014 and began communicating with “Willy Clock,” the owner of the site, through email, jabber, and ICQ. Police say Gustafson is Willy Clock.

Cops arranged a $5,000 purchase from Community-X that came they say from Gusatfson.

Like other Dark Net black markets, Community-X allegedly utilized the American postal service to ship its product. Community-X, however, took the operation a step further by recruiting “remailers,” people whose job it was to receive and re-send a package in order to maintain the original sender’s anonymity.

By October 2014, the criminal informant had become a designated remailer on Community-X but was “low level,” meaning he only received mail from other remailers. That was enough, however, to arrest the remailers and make them into criminal informants on their own.

As Willy Clock bragged on the Dark Net that hundreds of thousands of fake dollars were arriving in the U.S., the cascade of arrests and criminal informants carried through to the December 2014 arrest of Gustafson in Uganda on the same day he made a $10,000 sale to yet another criminal informant.

“The early and aggressive application of traditional and cyberinvestigative expertise and the cooperation and assistance of numerous domestic and international law enforcement agencies in this case led to the quick and efficient identification of conspirators in a widespread cyber-based counterfeiting network,”  Special Agent in Charge Eric P. Zahren of the U.S. Secret Service Pittsburgh Field Office said in a statement, “but as importantly, minimized financial losses in the U.S. and elsewhere, consistent with our charge to protect our currency, our commerce and, ultimately, our communities.”

You can read the full indictment below: