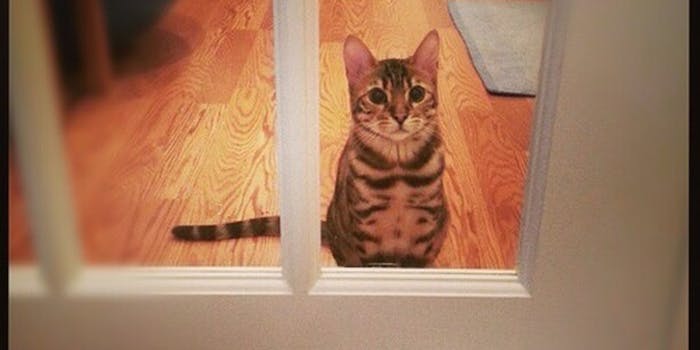 Rick left Nymeria waiting at the door for two hours, but she's already got two more dates lined up.

Finding love in the 21st century is hard enough. Being a cat certainly doesn’t help.

A single cat named Nymeria had no luck meeting men at local catnip bars, and the guys at her office left a lot to be desired.

“I told her to try friskyfinder.com,” says Colleen Sonders, a friend of the cat, referring to the popular feline dating website. “I know tons of cats who found a boyfriend on there.”

She was skeptical at first, but Nymeria created a profile, and within an hour, found 17 compatible suitors.

“She texted with this one guy Rick for a few days until they finally agreed to meet,” says Sonders. But on the night of the first date, Rick was nowhere to be found. “It’s like he just disappeared — no text, no call. His dating profile was gone too.” Nymeria waited at the door for nearly two hours, according to witnesses.

But she’s not discouraged. She’s already set up two more dates, according to Sonders. “There are plenty of fish in the sea. And by fish, I mean cats. And by sea, I mean the Internet.”