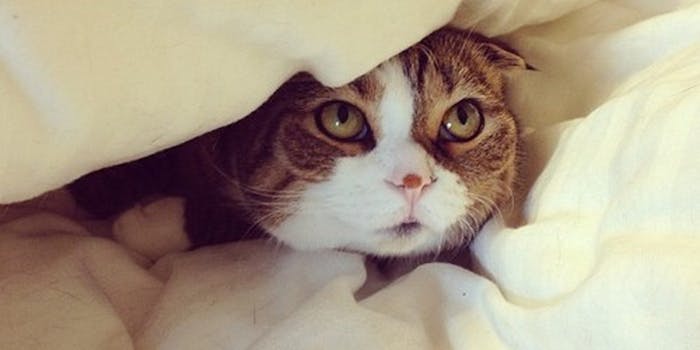 Turns out Tito was in the guest bedroom all along.

After an exhaustive two month long investigation, The Fluffington Post has learned the location of Tito the cat’s hideout. We can now report with 99% certainty that Tito has been hiding under the sheets in the guest bedroom.

Most experts dismissed the guest bed as a possibility because the weather has been heating up and it must be at least 100° under the comforter. However, operating on information gleaned from an anonymous tipster, The FluffPo reexamined that location yesterday.

It was then that our team of private investigators located Tito.

“He was just curled up in a ball under the sheets,” said Sheldon Kritikos, the lead investigator hired by this newspaper. “With so much bulk from the comforter, you couldn’t even tell he was there.”

Now that his spot has been found, Tito has moved to a secondary hiding location, believed to be somewhere behind the couch.