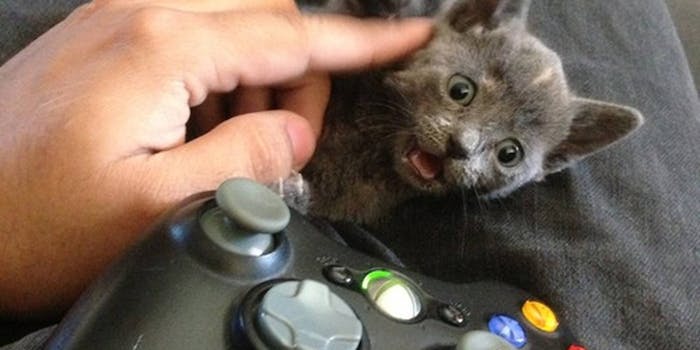 Suzie is understandably upset by the alleged sabotage.

A kitten named Suzie has filed a formal complaint with officials at the Halo 4 World Championship Tournament after a scuffle with another player.

“She claims a competitor pulled the controller from her paws while she was playing,” says Robert Seneca, who has taken up the inquiry. “It was right as she was about to make an epic kill, too. We’re looking into it.”

The World Championship brings together the top ranked Halo players for an all-out death match ladder tournament. Reports indicate that Suzie was a favorite to win the top bracket, an honor that comes with $20,000 in prize money and the potential for lucrative endorsement deals.

“You can understand why she’d be so upset over sabotage like this,” says Seneca.