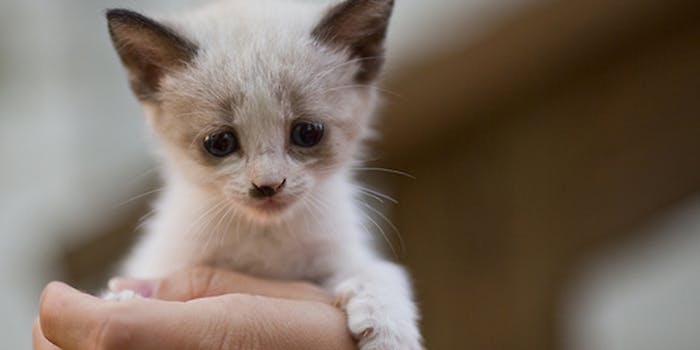 "The real tragedy here is that she didn't need it. She had so much natural talent."

“CEDs are a scourge on our sport,” said Professional Cuteness Association commissions Randall Spiers last year after signing a new collective bargaining agreement with the player’s union that laid out harsh new penalties for those caught taking cuteness enhancing drugs. That’s why Spiers is today considering instituting a lifetime ban for Ruby, a 3-month-old kitten who has allegedly been juicing since joining the league two months ago.

He wants to send a strong message to other cute animals considering cuteness enhancers.

Though the Spiers is expected to formally announce Ruby’s punishment later this week, the league is said to have “mountains of evidence” against the cat.

“The real tragedy here is that she didn’t need it. She had so much natural talent,” said ESPN cuteness analyst Marissa Samgold. “Ruby could have been one of the greats.”

The cat is expected to appeal any suspension or ban.