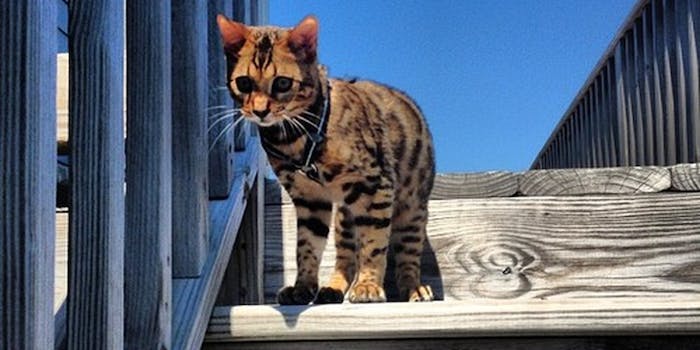 Charlotte doesn't want to pay more for tennis court and pool upkeep because she doesn't swim or play tennis.

Charlotte the cat, a Nantucket resident since 2010, has a bone to pick with the home owner’s association of her exclusive West End gated community. Last week the HOA voted 7-1 to raise monthly fees by $52, which Charlotte thinks is outrageous.

HOA president Linda Neal says the fees pay for the upkeep of shared amenities like the tennis courts, pool, rec building and beach volleyball courts. They also pay for landscaping of public areas and trash removal.

Charlotte, however, isn’t opposed to the fee itself. Says her close friend  Blair Woodson, “She’s not upset by a raise in the fee, in general, she just wants more amenities that she can actually use. Cats don’t play tennis or volleyball. They don’t swim in pools.”

According to Woodson, Charlotte has requested the installation of a koi fishing pond at least four times over the past two years but has never been taken seriously.

“She’s boycotting the HOA rate increase until she at least gets a vote on her koi pond,” said Woodson.