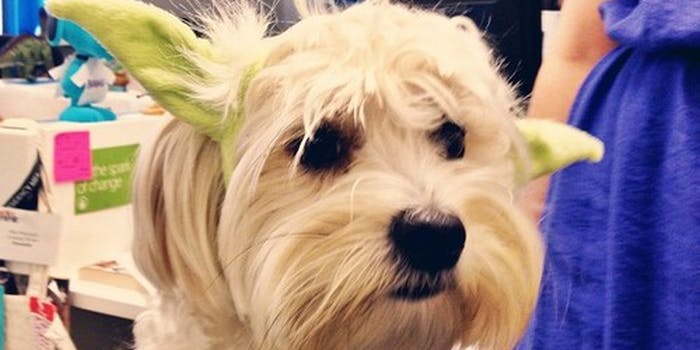 After Disney’s acquisition of Lucasfilm and its venerable Star Wars franchise, there has been much speculation about the future of the film series. When sci-fi director J.J. Abrams was tapped to reboot the next chapter of the space saga, fans breathed a cautious sigh of relief. But not much is known about the pre-production of Episode VII — that is, until now.

“We’re thrilled to announce that Master Yoda will be played by Franklin, a fresh-faced morkie from New York City,” reads a press release from Lucasfilm, issued this morning. “We think this choice will inject new life into the classic Star Wars character. Mr. Abrams is very excited to work with him.”

Fans of the movies will be quick to point out that Yoda dies in Episode VI: Return of the Jedi. The release addresses this point:

“Though Yoda passes on, he becomes one with The Force, and Mr. Abrams is looking forward to exploring his character as a ‘Force Ghost.’”

Early fan reaction to the relatively unknown canine actor has been mixed.

“I can’t say I’m thrilled about a dog playing Yoda,” says Kenny Horvath, who moderates a popular Star Wars message board on the Internet. “But at least it’s not Ben Affleck.”